For as long as I’ve lived in Calgary, I’ve been told to stay far away from Harvie Passage. The area of the Bow River where Memorial Drive and Deerfoot Trail meet, has long been incredibly dangerous for anyone still in the water, whether it be on a raft or kayak.Â  The area became known as the “drowning machine” with people being sucked under by the undertow.

But now, after an $8 million renovation, the area has quickly been discovered by those looking to cool off from the hot summer heat and get a little rush of adrenaline while they are at it.

Harvie Passage is now divided into two parts. One for more advanced kayakers, and the other, the one of the right side of the river, is meant for beginning kayakers, who want to learn and train. 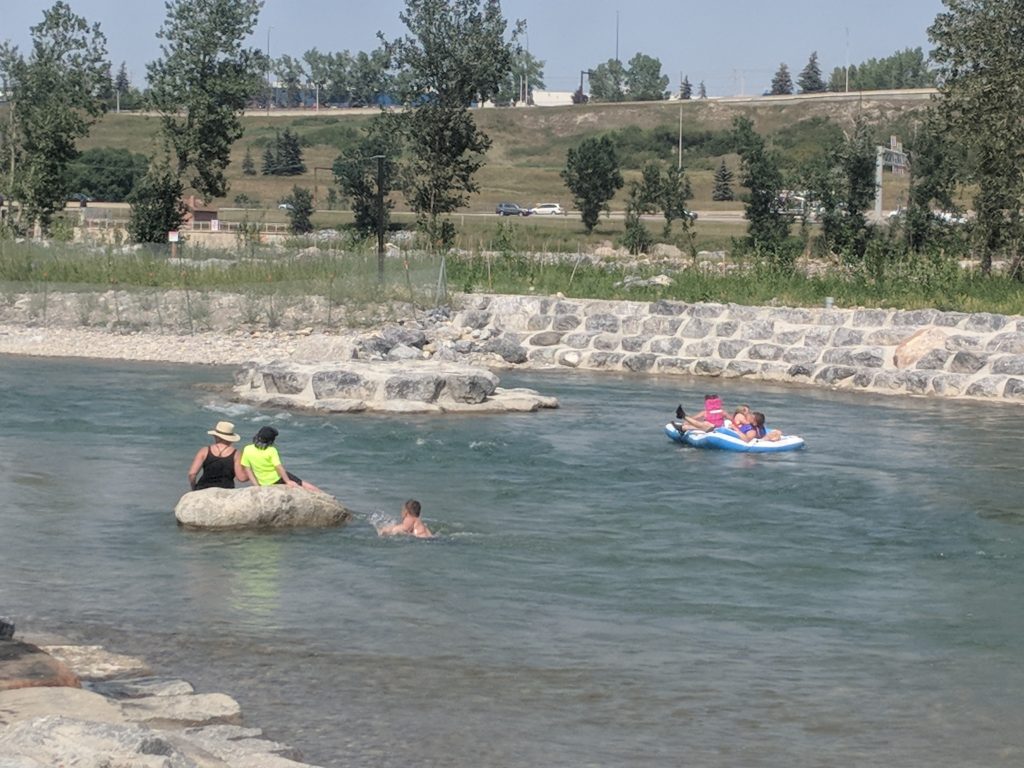 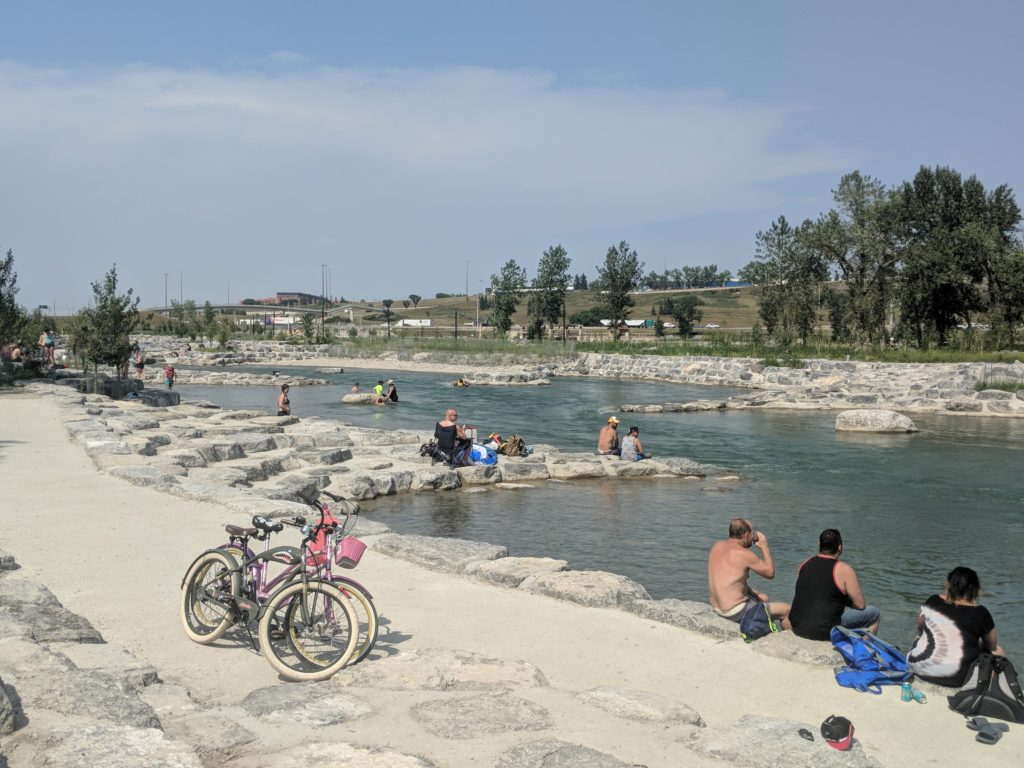 But in the past few times I’ve biked by it the last couple of weeks, I haven’t noticed as many kayakers, as I have people who’ve basically turned it into their own personal.Â  Think of it like a white water ride at a water park, only it’s free and the water isn’t as gross.

It’s one of the things I like about the park is that it was built for one thing, but people have clearly seen that it can be used for a few different things and now they basically treat it like they are sliding down a hill in the winter.Â  Today, I watched a dozen or so people with hot dog shaped rafts or little tubs float down the four or five little rapids, only to get out at the bottom and run up and do it all over again. 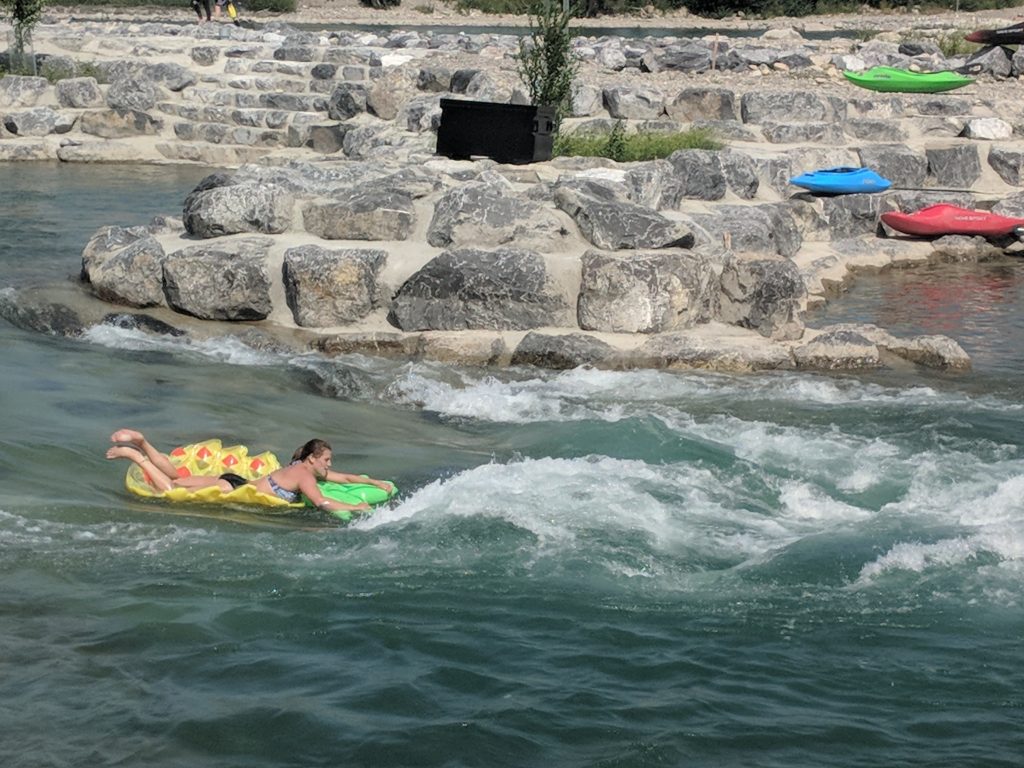 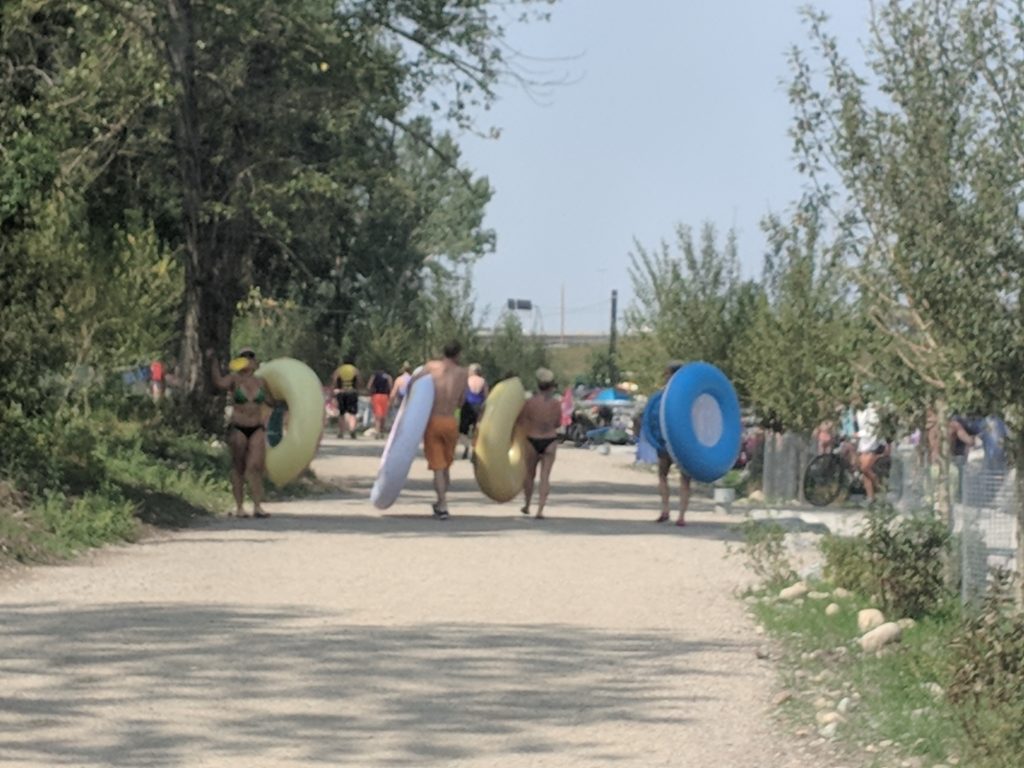 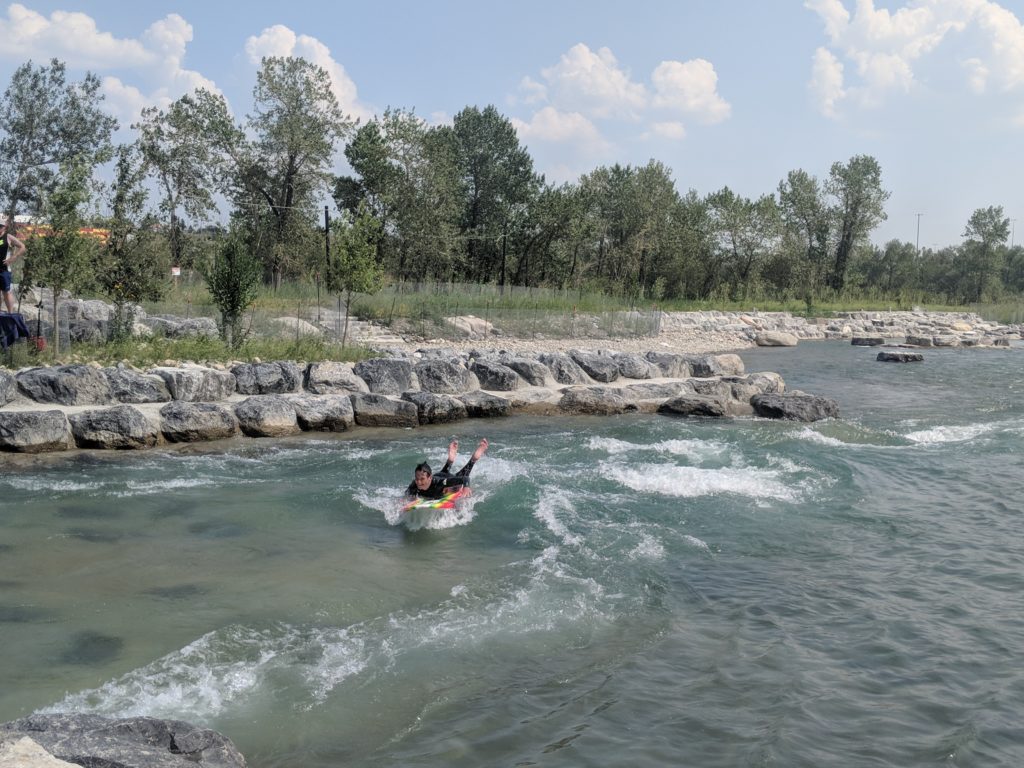 At the same time, there’s dozens of people just lounging around, taking in the beautiful blue colours of the Bow River, as well as the design of the rocks which allows you to dip your toes in the water, without fulling committing.

I will say, I didn’t see that many people with life-jackets on, so I hope people start doing that, because it really isn’t a water park, meaning there aren’t lifeguards or anything like that. So please be careful!

If you’re looking to check it out, your best bet is to park at Pearce Estate Park and walk in, or you can easily access it on the bike trails.