It seems like decades ago that thousands of Calgarians were fighting for separated bike lanes, when in fact it was like a year or two ago ago. That’s because ever since the lanes were introduced business-minded folk have taken noticed and have developing ways to take advantage of this new piece of infrastructure that makes biking safer, easier and more accessible. And now it’s hard to imagine that there was a time that they didn’t exist.

And with the first days of official summer just around the corner, it seems that Calgary’s newest and dare I say booming industry is not pipelines, but bike tours. Who would have thought that a few years ago!

So if you’re looking for a bike tour to go on this summer, here’s some of the ones to hit up! 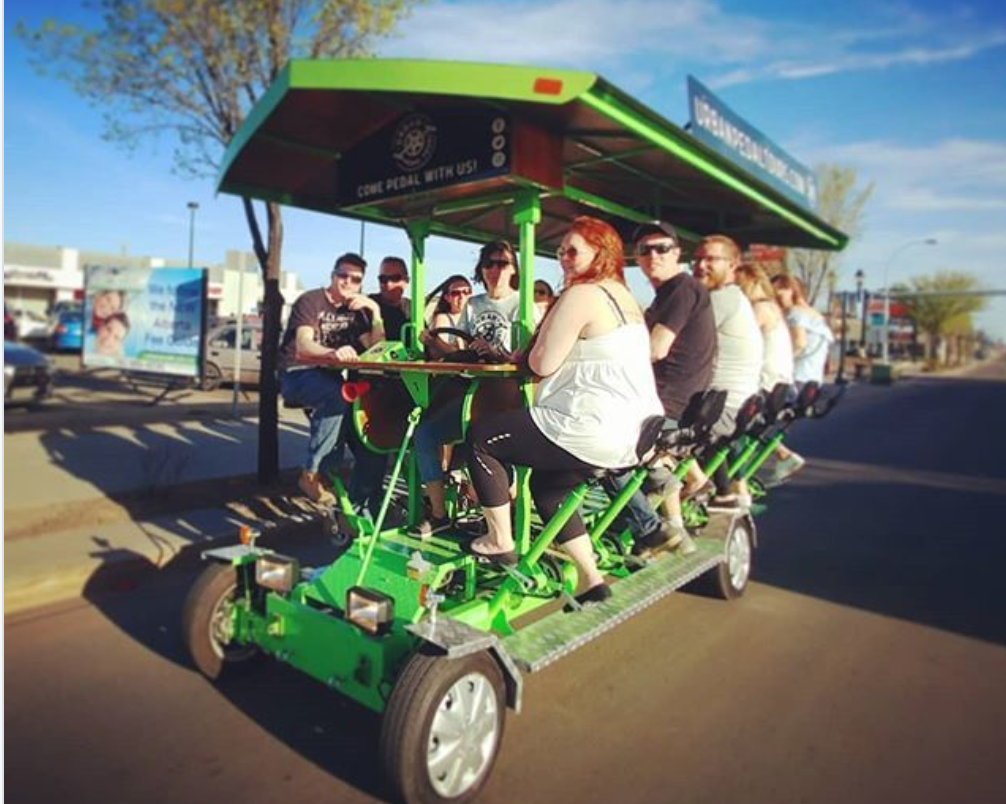 If the idea of biking alone still intimidates you, that’s fine. It takes practice to feel safe on two wheels, but what if instead of two wheels you had a bunch and instead of just you, you had 14 other friends?Â  Â Urban Pedal Tours launches in Calgary on June 7th and it’ll be a bike ride like you’ve never been on.Â Â The 15-passenger bike takes patrons on a tour of Calgaryâ€™s top breweries and taprooms. Urban Pedal Tours is an Alberta based company that offers outdoor enthusiasts and adventure seekers a social experience on a 15-passenger U-shaped bicycle. Passengers use the power of the pedal to make their way to three stops at Calgaryâ€™s craft beer taprooms and breweries on the two-hour tour. The tours will be operating Thursday through Sunday with afternoon and evening tours available.

Ok, so I went and checked out @historycycle today. Turns out the dude that runs it owes me beer!! But even better than that, it was a really fun thing. It’s pay what you want. Go see Adam. He’s just getting started, but is already doing a really great job. pic.twitter.com/ONKOW8SB2Z

This one started a few weeks ago and if Twitter is any indication, quite a few people are already taking advantage of it .Â  The free bicycle history tours run every Saturday at 11:00am.Â  They start by the river near the The Simmons Building in the East Village. The tour takes about 1.5 hours and all ages and skill levels are welcome.Â  The tour is free, but I’m sure your guide Adam, wouldn’t mind if you tossed him a few dollars afterwards to say thanks for the fun history lesson.Â  (Note: tours resume June 9th) 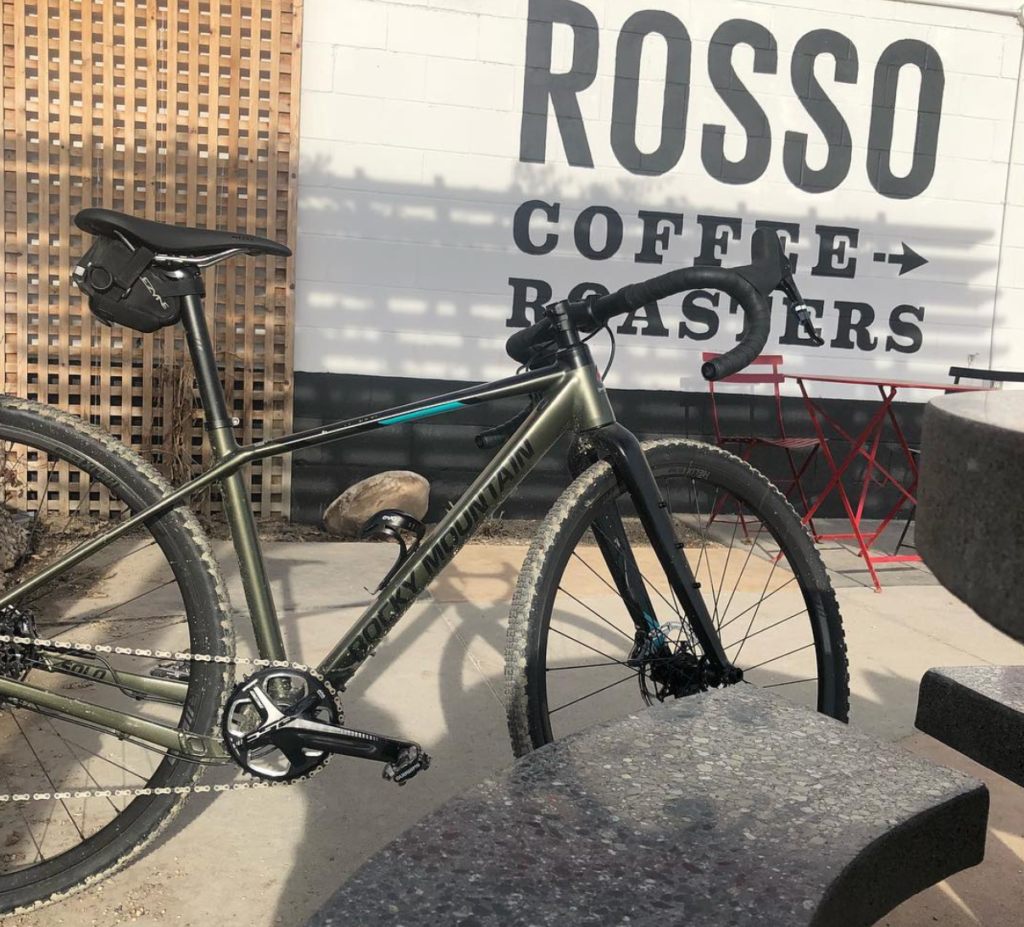 If you want to go on a bike tour, but you don’t have a bike, worry not. Nomad Mobile Gear Rental will take care of both.Â  The coolest part of Nomad is that if you can rent a bike from them, and they will bring it to you and pick up!Â  That means you don’t have to find your way to a bike rental shop, wherever you are, that’s the bike rental shop.Â  Nomad offers two bike tours. The Bike And Coffee Tour, which starts at Hotel Arts (which rents free bikes to its guests, by the way) and will take you on a tw0-hour tour ofÂ  The Beltline, East Village, Inglewood & Ramsay neighborhoods. Along the way, you’ll explore some of Calgary’s most interesting sights, with a stop at Rosso Coffee Roasters for a coffee of your choice.Â  They also offer a bike and brewery tour that takes you to three of Calgary’s local micro-breweries.Â  Oh, and you don’t have to rent a bike from nomad to go on the tour. That’s just an added perk!

The folks over at ReWorks have produced a map that celebrates two of my favourite things: bike tours and breweries.Â  Their new self-guided bike tour map shows off of the ever-expanding breweries that are bike friendly. The maps are only $5 and can be picked up at Reworks, where you can also rent bikes.