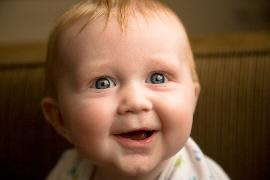 I don’t swear a lot on the blog, but this post is an exception.

Fucking babies.
Vibe 98.5 is a local radio station here in Calgary and today they launched Calgary’s Cutest Kid contest. As if the title wasn’t annoying enough, we now have to deal with facebook post after facebook post from accidental parents asking us to vote for their “cute kid”. Essentially this is my nightmare.
What’s hilarious about this contest is that the radio station actually wants us to rate the kids. That’s right, I actually get to give these kids a rating on their cuteness from 1 to 10. That part is a dream come true. (“No, your kid actually isn’t cute. That’s why they get a 2!“) Not only are there parents subjecting their kids to a contest they didn’t ask to be a part of, years from now they are going to know that they are only a 3 on the cuteness scale. How’s that future therapy bill looking?
But perhaps the most annoying part of this contest is reading the freaking stupid-ass names that parent’s are giving their kids nowadays. I did a quick glance and here are some of the most disturbing:
Hey, newsflash for you parents: Just because you can put a ‘y’ in your kid’s name, doesn’t mean you should. Fuck. These kids are going to have to go to public school and you aren’t even giving them a chance. I was bald in high school and I was still infinitely cooler than any kid name Jayde, Kyson or Rylan will ever be.
If you feel the need to puke, click here to vote. Let’s hope this contest is done soon.
(Alright fine, the kid in the pic is Gage, he is pretty cute.)
UPDATE: It has been brought to my attention that my middle name is Lindsey. Which yes, has a ‘y’ in it. My point remains the same.