Calgary: The Difference Between Wow and Awesome!

I’ve always been told that no one likes a bragger.Â  (Not that I ever listened.)Â  So that’s why I’m happy that two very different programs in Calgary are looking for Calgarians to brag, shout, grandstand, showboat and if you will, blow one’s horn.

But they both have similar names, so I thought I’d take the time to break them down for you!Â  If you are reading this and you aren’t from Calgary, take note.Â  Maybe you can bring them to your city too! 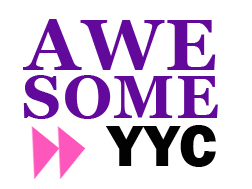 Awesome Calgary is a brand new project that launched just a few weeks ago.Â  It’s a foundation that once a month gives a $1000 to the CalgarianÂ  who is able to come up with an innovative idea that will in someway benefit the city!Â  The idea is originally from Boston, and the Toronto chapter launched a few months ago and just awarded it’s first $1000 to a lady who is going to play connect the dots with the Toronto skyline by painting dots on rooftops.Â  Yup.Â  It’s like a getting a scholarship, only you get to keep the money and you don’t have to pass high school physics. Past “Awesome” ideas from around the world include”: guitars for prisoners (LA), rooftop beekeeping (Melbourne), Farmers Market (DC) and Scarf A Day (San Francisco!)

Calgary’s first submission deadline is April 10th, so if you have idea, now would be the time! 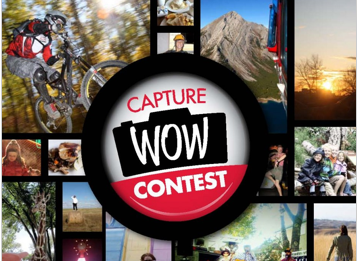 Calgary’s Tourism’s The â€œCapture Wowâ€ campaign just launched a few days ago and it’s already generating a lot of buzz. The city is hoping thousands of Calgarians will take to something called the internet and upload their biggest â€œwowâ€ experiences in Calgary at CaptureWow.ca. The best photographs will be used in an advertising campaign called â€œExperience Wowâ€ later this year.Â  While I initially dismissed the program as just a way of not have to pay sometimes expensive professional photographers, the way so many people have been talking about Capture Wow, that it’s sorta changed my mind.Â  Especially if it changes people’s perceptions of the city.Â  For example, everyone thinks we love the Stampede.Â  You who loves the Stampede?Â  People who’ve never left Calgary and tourists.Â  The rest of us are obsessed with The Calgary Folk Music Festival.Â  Now that’s something that makes me go wow!

The contest will run for the entire year, so if you have some photos, make sure you get your well deserved 15 minutes!

(Of note:Â  The social media aspect of this project will be run by a Vancouver-based company.Â  I guess that part of Calgary isn’t exactly WOW worthy.)