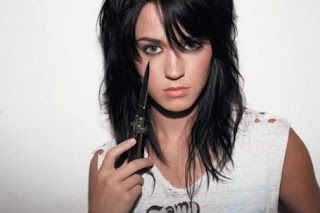 Calgary is currently in the midst of a war. Â

The battle is between three radio stations that claim they are the #1 Hit Music Station. Â For those of you who don’t know, “hit music station” means: “drive you batty with the same pop-songs over and over again.”
The three radio stations at battle are Vibe 98.5, Energy 101.5 and the new Amp 90.3, which has just been on the air for over a month and says annoying things like “Lady Gaga, exclusively on Amp Radio.“
Since calculating radio ratings is as sketchy taking public transportation anytime past 5pm, I decided to do a little investigating and see how much “hit” music they actually play. Â Or more appropriately, how much do they overplay “hit” music. I picked the four artists that annoy me the most and checked each radio station play list. Â Below is the chart of how often each artist was played over the last 24-hour period. Â Â

Looking at the resaults you can see that Katy Perry is by far the most annoying and most played artist in Calgary right now. Â

However, Amp and Energy share the title of most annoying music, by splitting the most played artists right down the line.

Shockingly, Vibe 98.5 isn’t the most annoying radio station. Â Unless you factor in their morning show, because they easily take the prize for Â “Most Annoying Morning Radio Personalities.”Â

(side note: Why station manager Chad can’t see that Chelsea is the star of the station is still beyond me?! Â Stop sticking her to afternoon traffic and in bars where she has to pretend it’s busy on a Tuesday night! She is great, plain and simple.)