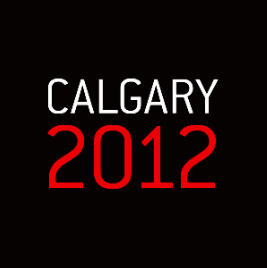 Well defending my decision to live in Calgary just got a little easier.

That’s because the city was just designated Calgary designated as Canadaâ€™s Cultural Capital for 2012! A few years ago, I probably would have been just as surprsied as you are right now. But Calgary has definitely been changing for the better and this designation is proof of that!

The designation and support from Canadian Heritage will augment the $2 million commitment to Calgary 2012 made by Calgary City Council in April of this year. The designation will enhance the celebrations and investment programs planned by Calgary 2012, which include the recently announced granting programs and grassroots engagement activities.

The celebration will include a new residence program, a national and international cultural exchange program, a mass participation spectacle event and the creation of a municipal cultural plan. Basically it will be the Calgary Stampede…but artsy. A family-friendly celebratory launch will be held at the start of the Cultural Capital year, April 2012. The formal completion of the Cultural Capital celebration will be March 2013.

So if you ever thinking about coming to visit Calgary, 2012 might just be your year.