Besides the friends, the beer gardens, the delicious food and the weather, one of my favourite things about any folk festival is its ability to introduce me to new music that I wouldnâ€™t have discovered otherwise. Some of my favourites finds of the past include Dan Mangan and Lindi Ortega, both are still on regular rotation on my iPod. 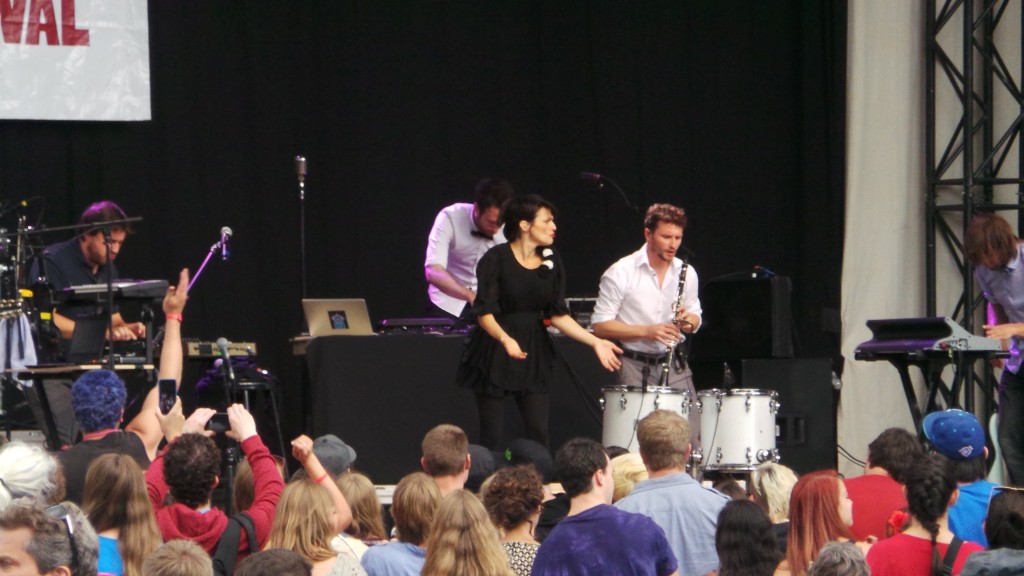 Look, I’ll be honest. This isn’t Rolling Stone. I have no idea what gypsy-funk is, but as soon as I heard that Caravan Palace combined it with â€˜20s -â€˜40s swing, old-school jazz and house music, I knew I wanted in.Â  Easily the liveliest of the particularly chill main stage acts, it was rare to see the crowd on their feet so soon, but it was not unexpected. The French group came out with groove guns a blazin’ and it no doubt caught many off guard, in the best possible way.
Folk festivals are awesome, because where else would I have ever heard of a French jazz group that is simply this cool?Â  Probably never.Â  They’re wrapping up a huge North American tour with a few more dates in Edmonton and Whistler, where I’m sure they will be just as well received as Calgary. Every now and then there are bands where I can’t know enough about them, so I follow them any way that I can…except literally, of course.Â Â  Caravan Palace is now that group. Instant dance tunes that are too good to pass up?Â  Yup, that’s my jam. 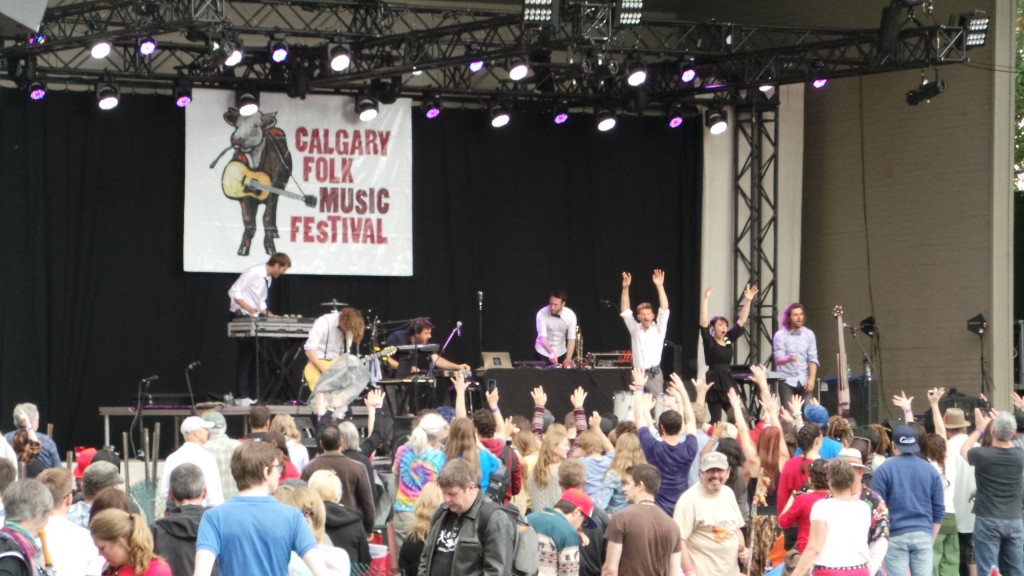 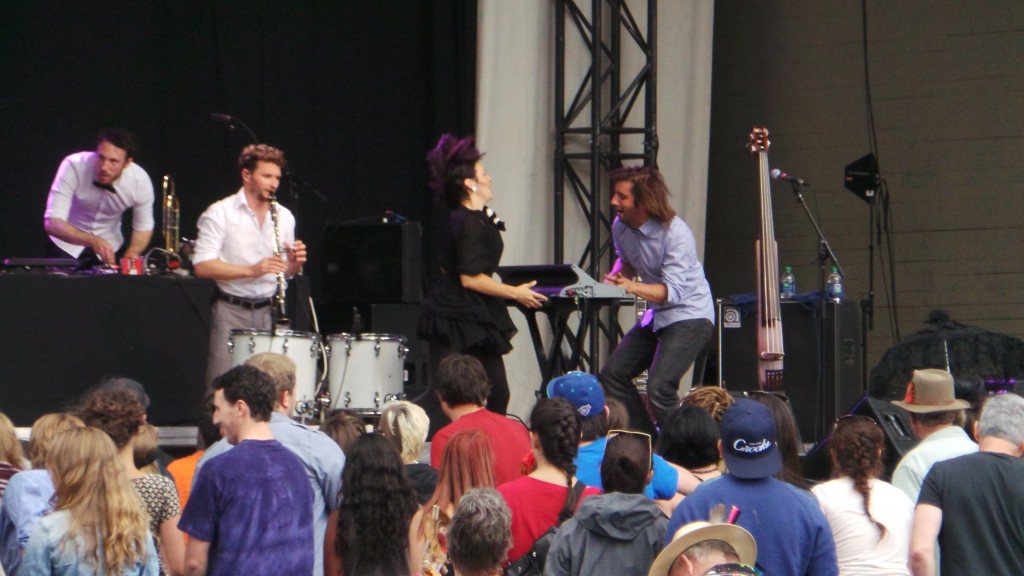