One of the best part of the Calgary Expo has been watching it grow and grow every year. Now in it’s 11th year, the “comic con” of sorts is one of Calgary’s biggest events, often attracting more than 100,000.

If you’ve been before, you know that the Expo is four-jam packed days filled with celebrities, costumes, contests, interviews and a ton of surprises.

If you’ve never been to Calgary Expo before, well, I’ll tell you this: You’ve been missing out on some really great communities. Even if you’re aren’t a self-described “nerd”, it’s four amazing days that you won’t soon forget! Â Tickets are available now and you sorta want to dip your toes, one-day passes for each of the four days are available and start at only $20. Â I’d recommend, going on Saturday, because that’s the day of the costume contest, which always incredible to see!

I’m actually lucky enough to be moderating theÂ Q+A panels with Steven Yeun and James Marsters. So yeah, I’m freaking out a bit!

And of course, there’s a the Parade of Wonders, which welcomes thousands every year as people dress in their favourite costumes and make their way through the downtown core. Â The parade has grown so much, it’s changed routes.Â 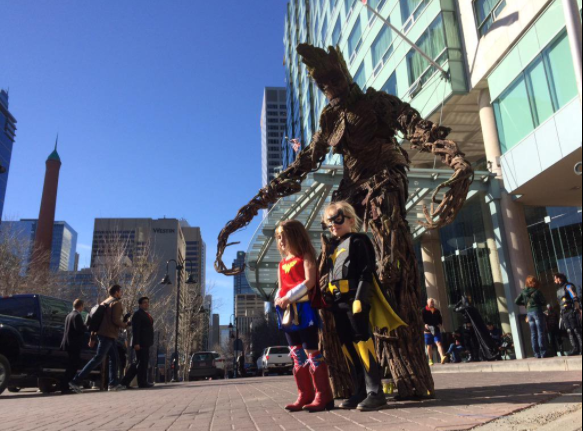 To enter, head over to the media guest section and tell me which star you’re most excited to see and which of theirs is your favourite project!