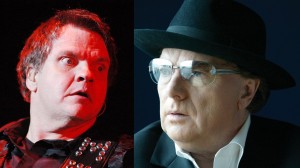 It is no secret that the summer concert season has been a bit dreadful…(well,except for Drake). And it is hard to say what exactly is turning customers away from concerts and festivals alike, but I’m guessing you wouldn’t be far off if you said cost of tickets.

Meatloaf was actually supposed to play tonight at the Saddledome. Â But low sales forced the 70’s rocker to move to the significatnly smaller Southern Jubilee Auditorium. I don’t know if it is has anything to do with the disappointing sales or not, but Meatloaf has now pulled out of the concert all together citing illness. Tickets for Meatloaf were originally somewhere between $180 to $240, but were recently being offered for 2 for 1.

The same move had to made for Van Morrison‘s upcoming concert. Â He was initially supposed to play Fort Calgary and that too has just been moved to the Southen Jubilee Auditorium. Â The Fort accommodates up to 15,000 people and “The Jub” can hold up to 2,500. Â You do the math, they ain’t moving because of the weather. Â Morrison’s ticket prices range from $75 to $113.

I wonder if it is too late for either of them to add Drake to the bill?

Have you gone to any concerts this summer? Â If not, why?

(For more details on what to do if you have tickets to Meatloaf or Van Morrison, visit The Calgary Herald)