Calgarians eating out more than ever, but it’s where they’re...

How often do you like to go out for dinner? Â I must admit, I’m guilty of eating out a lot. No, not because I don’t know how to cook, but because I have the worst kitchen! Ugh! I hate my kitchen.

But this isn’t about me, this is about you and how much Calgarians go out for dinner…which, according to a comprehensive Ipsos survey released today by Yellow Pages, is a lot.

According to the survey, almost three quarters of Calgarians say they eat out or get take out at least once a week or more often. Â The survey was done in conjunction with a newly designed Â YP Dine app that helps Canadians make dining choices based primarily on mood and/or activity.

Other survey results include the fact that almost a third of Calgary respondents (32 per cent) report dining out more often than they did just two years ago, while 52 per cent say they are utilizing restaurants, cafes and coffee shops about the same amount. Only 15 per cent say they are eating out less. Â I bet those 15% have nice kitchens.

“Excuse me sir do you have any grey poupon?”

In terms of types of dining, Calgarians are more frequent bar or pub goers than other Canadians. The survey found 31 per cent of Calgary respondents hit up their local pub or bar once a week or more. Almost double the result for the same question in Vancouver.

What I love about this last stat is something that I’ve been saying for a while, and it’s that food has gotten too complicated, especially here in Calgary. Â And I think we’re seeing people flock to pubs because of it. When you go to a pub, you know what you’re getting. It may not be the best food, but it’s good food and you can name everything on the plate.

Calgary has been inundated with restaurants trying to one up each other in terms of how fancy (and expensive) their food can be. And I get it, there is a market for that. But I think Calgary’s restaurateursÂ are missing a big piece of the, ahem, pie, byÂ ignoring the regular people like me who want to eat out, don’t necessarily want fish and chip every day, but also don’t want to eat out on a Tuesday night and spend $100. 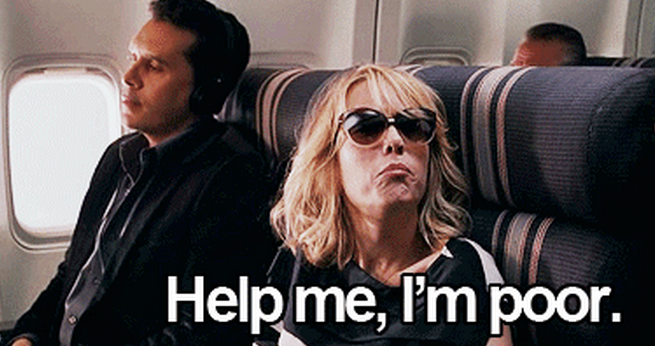 “Keep Fit and Have Fun!”

The survey does find that Calgary residents are more health conscious in making dining choices compared to those in Eastern Canada. 43 per cent of Calgarians said they got fast food once a week or more often. This compared to 57 per cent of respondents in Toronto, but wasnâ€™t as low as Vancouver respondents who came in at 40 per cent.

So what do you think about Calgary’s restaurant scene? Are you loving all the new restaurants, or do you long for a good ol’ diner, with affordable food and a pronounceable menu?

(And yes, top photo on this post is Festive Special at Swiss Chalet.)