By the numbers: The Sheepdogs need your help! 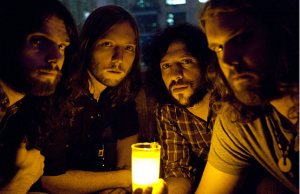 I don’t know how they did it, but I’m sure glad they did.

Saskatoon band The Sheepdogs have just been announced as one of the two bands to make it to the final round of Rolling Stone magazineâ€™s Do You Wanna Be A Rock Star contest!Â  That’s truly insanely awesome!

If the band wins, they’ll get their own cover on probably the most popular music magazine in the world.Â  If that’s not enough, the winning band will also get a recording contract with Atlantic records and get to perform on Jimmy Fallon.Â  Well…not on Jimmy Fallon, but on his show.

The Sheepdog’s only competition is a singer by the name of Lelia Broussard out of Los Angeles.Â  She’s pretty and all that, but is she four scruffy guys from Canada?Â  Nope, she certainly is not. Although fan wise, Broussard seems to have a bit of an advantage.Â  Right now, she hasÂ  8600 Twitter followers, the Sheepdogs have some work to do with their 1300.Â  Almost 18,000 people like the solo singer on Facebook, while the Sheepdogs have amassed barely 4,000 likes.

Lastly, Lelia has had more than 5,000,000 YoutTube views, compare that to the bands 44,000 and it’s apparent that they will definitely have some work to do, if they want to win the whole competition.

But what difference does views, fans and likes mean when you have an ENTIRE country behind you! It literally takes two seconds to vote, there’s no registration and you’d essentially be changing four guys’ lives. That’s pretty cool.

Here’s a hilarious video of The Sheepdogs pleading their case.Â  Come on, they totally deserve our votes, no?