But would you do it? 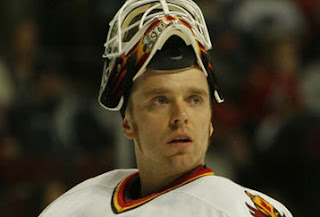 By far the hottest ticket in Calgary right now is tickets to the playoffs which starts game 3 tonight in cowtown.

woah, that is probably the most sports talk I’ve ever had on this blog. It’s like I’m TSN now or something. I even impressed myself.

Anyway, anyone that is anyone was trying to get tickets to the big showdown tonight. Now I can’t confirm this but I’m fairly certain most people would give up a child (probably the one with the lazy eye) to go to the game tonight. But sadly many Calgarians will be watching the game from home or in a bar. (I will be at Monsters vs. Aliens)

If you are the ladder, that’s where Kids Up Front steps in.

Kids Up Front is a charity that I’ve talked about quite a bit on this very blog. (I gave them two Gwen Stefani tickets back in 2007.) They are an amazing organization that gives tickets to kids that wouldn’t normally have the opportunity to experience concerts, shows or hockey games. All you gotta do is go to their office and drop off the tickets. Then they work with over 150 different organizations in Calgary to find a child to give them to.

Such a cool thing.
So if you are one of lucky people who have tickets to the flames games or the upcoming sold out Taylor Swift show, maybe you should think about helping a kid out. Chances are, this isn’t your first NHL hockey game, nor will it be your last. That probably can’t be said for the kid.

Think about it.
Kids Up Front has offices in Edmonton, Toronto, Calgary and Vancouver. They also work at the national level helping children all over Canada.