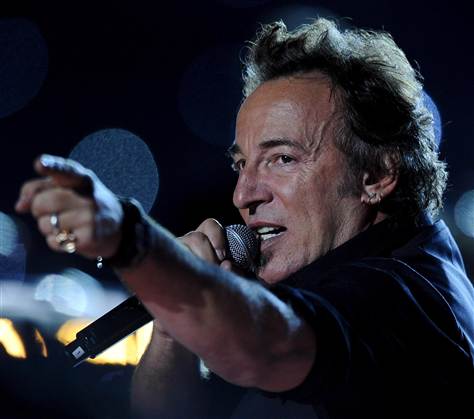 Well the rumours were that it was going to be Madonna and Coldplay, but if it’s not going to be those two artist, Bruce Springsteen and The E Street Band will definitely do!

It was leaked today that Springsteen will bring his camera humping skills to my home province of New Brunswick, for what is becoming one of the biggest and best venues in the entire country.  He’ll be playing The Hill on Sunday, August 26th.

In the last few years, Magnetic Hill has play host to U2, The Rolling Stones, AC/DC, Bon Jovi, Faith Hill and Tim McGraw.  The venue was actually built in the 80’s for the visit of Pope John Paul II’s visit.

Now that we know Bruce is coming, that just leaves one question…who will be playing Saturday night?

Oh actually…one last thing, can I be Courtney Cox?