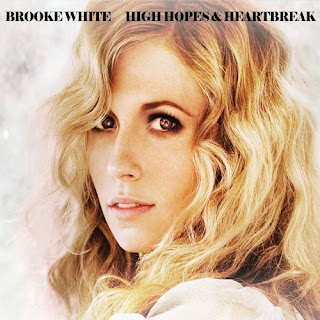 It’s called High Hopes and Heartbreak. Which is a change from it’s original title, Mike’s Life.
I’ve heard a couple of the tranks and I think Brooke is lucky she didn’t win the season that eventually went to David Cook. This CD is exactly the kind of CD Brooke White wanted to make. It’s folksy, smooth and just the right amount of pop.
On the CD, there is even a cover of the Kings of Leon hit Use Somebody that is creating a lot of buzz on the internet, mostly because people hate it. But I don’t think it’s really all that bad. Check out the song below and if you like it, check out her entire CD, afterall you’d be supporting her Canadian hubby.