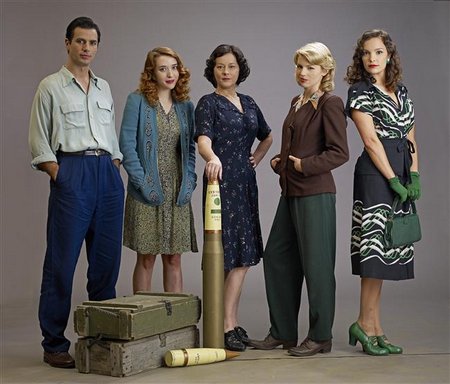 It’s been an amazing winter season for Canadian television and it just seems to be getting better.

Global, by way of Shaw, has announced the series Bomb Girls has been picked up for a second season. The six episode first season is wrapping up tomorrow, but the show’s cast and crew will be happy to know that they’ll be coming back, which isn’t really a surprise given the ratings.

I actually haven’t seen much beyond the first episode, are you stoked?

The second season of Bomb Girls will start production, but an air date has not been announced yet.