Blu on the Go! 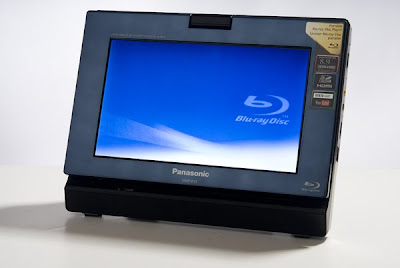 I think there are approximately 14 people in the entire world that actually own a Blu-Ray player. I am one of them. I’m pretty sure Mr.Blu-Ray owns at least.

While blu-ray still struggles to break into the middle-class market, developers are still convinced that it will be the next big thing.
That is why they came up with the Portable Blu-Ray player. It’s developed by Panasonic and I want it. I want it really bad.
Thanks to the The Review Crew website for the tip. I have no idea how you guys get all the stuff you do, but well played. (I think “well played” should be your tagline)