Okay, so it’s snowing in Calgary, now more than it did all winter.But that doesn’t mean there isn’t anything to do.Â  As with every Friday, I’ve gotten Mark Hopkins (The male socialite version of Paris Hilton in Calgary) to come up with the top things to do in Calgary.Â  Lots of variety this weekend, so hopefully it will be enough to get you out of the show and enjoying the city! 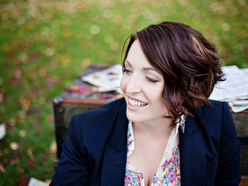 Calgary has an incredibly rich roster of talented singer-songwriters, who animate a circuit of bars and cafÃ©s with heart-swelling melodies and thought-provoking lyrics. This weekend, two of the city’s most exciting young musicians celebrate a milestone with the launch of their respective debut albums – Sarah Vann’s Deafened and Amy Thiessen’s Give Up the Fight. Come support local music and celebrate the achievements of these fantastic artists! 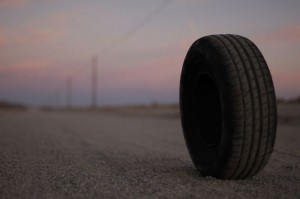 Every so often, you’ll hear about a film so off-kilter and original that you can hardly believe it exists… and you sure as hell can’t figure out where it’s screening. Well, you’re in luck – this “underground” festival brings those cinematic gems to light!

Already this week we’ve had burlesque, vampires, hillbillies and Fishbone, and the festival is ramping up for a killer closing weekend! In particular, I’ve got my eye on The Green Wave, an animated documentary that follows Iran’s presidential election in June 2009, and Rubber, the touching tale of a murderous tire. 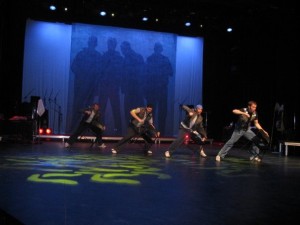 So… NKOTBSB is really a thing. And because it’s a thing, it needs to be spoofed. Enter Boygroove, a theatrical satire that follows the rise and fall of Canada’s favourite boy band, “Boygroove”. Written by Edmonton’s Chris Craddock (one of the creators of BASH’d: A Gay Rap Opera), this musical comedy features highly inappropriate tunes like “You Make My Hips Buck” (it’s on YouTube) and the love ballad “Pushin’ and Rockin'”. 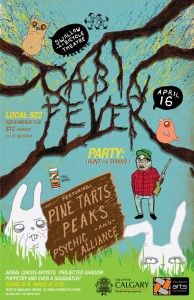 It snowed again, and you’re just about ready to lose your mind. Cure your cabin fever on the dance floor with local bands Pine Tarts, peAks and The Psychic Alliance! This rockin’ Swallow-a-Bicycle Theatre dance party also features shadow puppetry, a sexy Sasquatch and tall boys of Pilsner – plus, you’ll get a chance to party with me!