Lots of exciting news in the world of Canadian TV! Which is really the driving force behind this SUPER BLOG POST!  Enjoy! 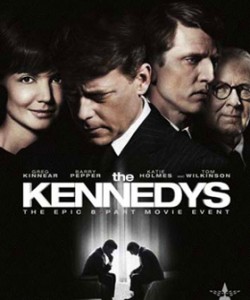 The ‘Dragon’s’ Hit the Road!
Do you ever watch Dragon’s Den and think, “Hey, I could easily do that!”  Well now’s your chance.  The Dragon’s have just announced that they are hitting the road for the Season Six audition tour, stopping in a whopping 36 cities!  Quick: Try to name 36 Canadian cities.  I’ll wait.  Well, while you are counting, I’ll give you more information.  I actually check out the auditions last year and I can tell you that you won’t be pitching to the Dragon’s but instead the show’s producers will be making all the decisions.  But when you go the auditions, bring your A game.  They really aren’t any different than the real pitch you would do on TV!  And from what I say, sometimes the producers are even meaner!

Yes, the rumours are true!  Global TV really has combined The Office and Glee into the more intriguing reality show of 2011.  The show is called Canada Sings and when it premieres later this year, offices from all over the country will be competing a nationwide sing-off!

Production has officially started on the show and I can only imagine the outtakes.  In case you are wondering, some of the work places participating include: Air Canada, Boiler House Restaurant, Eric Hamber Secondary School, Good Life Fitness, Hamilton Police, Just Energy, Lone Wolf Real Estate Technologies, Scarborough General Hospital, The Keg and the Toronto Fire Department.