For the next few days, Bloggity will be coming to you live from Toronto! It’s been way too long since I’ve been to the entertainment capital of Canada and I couldn’t be more excited. So what brings me to the city you ask? The Junos, of course.

This is actually my fourth Junos in a row. The annual awards show and I first met in Calgary back in 2008. It was love at first sight. The celebration of Canadian music, celebrities and free shows overwhelmed my small, little heart . The next year, I went to Vancouver and was equally impressed. Last year’s Junos in St. John’s were probably the most dramatic, between the heavy fog that caused three days of flight delays, bone chilling gold and yes, ash clouds, it was enough to make me (almost) not want to go back. While I jokingly blamed Justin Bieber, the dreary weather didn’t stop the spirit of Newfies, which is why the Junos are always a must visit for me, no matter where I go.

So why do I love the Junos so much? 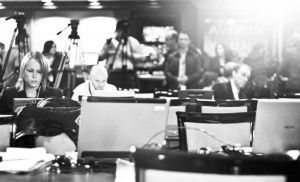 Live blogging: As always, I will be living both nights of the awards show. It’s a massive project but it really is the highlight for me. As with year’s past, I’ll be on the Juno Red Carpet and then move backstage and get to talk to all the nominees, winners and performers. Do I know everyone I’m interviewing? No. But that’s why Wikipedia exist, right?

Juno Fest: Wherever the Junos land, the city lights up around and no where is that more evident than at Junofest. On Friday and Saturday more than 100 artists and bands will high light Canadian music at multiple venues around the city. This year’s Juno-festers include The Red Mass, Michael Bernard Fitzgerald, Ghettosocks, Dead and Divine, Bradley Boy, Rattlesnake Choir. I’m guessing you haven’t heard a lot of about these bands, which is what makes The Juno Fest so awesome. Besides Canadian Music Week, I can’t imagine a better place to discover new music.

Juno Fan Fare: I’ve mentioned this before but Juno Fan Fare is something that anyone that works in the media should witness at least once in their life. To see true music fans, get so excited about getting to get up close and personal with their biggest idols is like nothing I’ve ever seen. The screams, the photos and yes, the tears, remind you why we are writing about what we are doing. Fan Fare always reminds me how lucky I am to write about Canadian music. 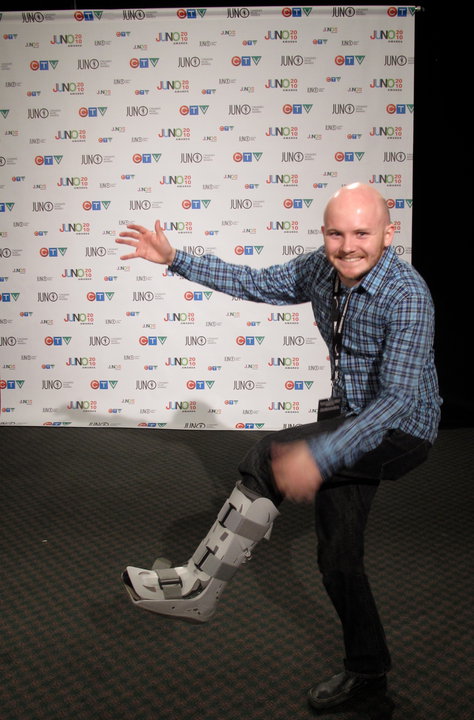 Not in a cast!Â  For the first time in three years, I’m not in a cast. Nuff said.