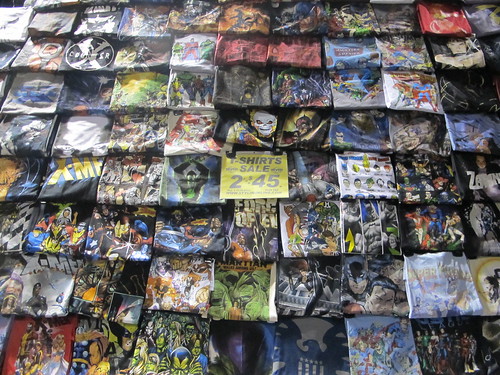 While I’ve never really been someone to declare myself a geek, I can certainly recognize certain attributes.  I mean, I don’t live in my parents basement, I have a job and I only own one gaming device.  But, I did use to base my entire social calendar around Buffy The Vampire Slayer, I will only watch The Walking Dead when it’s live and I don’t think there is an Archie comic that I haven’t devoured.  Let’s just agree that I’m geek lite.

So this weekend, I was excited to see go to my first Comic Expo, especially because the international spotlight was shining proudly on Calgary, thanks to a certain cast reunion.   Yes, for the first time in more than 20 years, the entire cast of Star Trek: The Next Generation were joined together, which caused a stir around the world.  Over the past few years, there had been a few smaller reunions, but this was the first one to feature the entire cast including Patrick Stewart and Wil Wheaton.  (Although, die hards did point out that Whoopi Goldberg should have been there.) 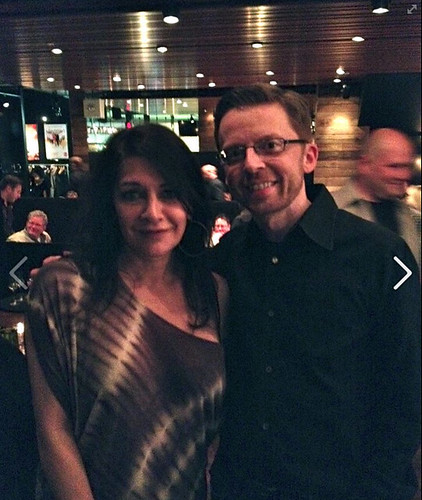 On Friday night, I was beyond thrilled to have been asked to join the cast for a dinner at Charcut. Since I wasn’t much of a fan of the show myself, I brought along my friend Richard, who thought we were just going to a normal dinner.  He nearly threw up when LeVar Burton and Brent Spiner sat behind us and it just got cooler from there as we were joined by the entire crew of the USS Enterprise. We were in a small section of the restaurant, so while we weren’t sitting at their table, we were close enough to hear all the joyous stories the cast shared as they reminisced about their days on the set.  It was an experience that neither of us will ever forget. 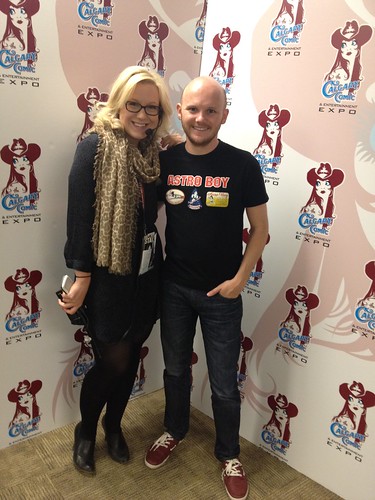 On Sunday, after pulling out my favourite Astro Boy shirt, I made my way down to the grounds and was completely blown away was the huge event.  Every where I looked nerds, geeks and yes, even a few zombies, were completely in their element.  For one whole weekend, they were the cool ones on the Stampede grounds and they couldn’t have been happier.  Long lines greeted most people, as they anxiously waited for autographs and photos with all the stars. Wil Wheaton, Adam Baldwin, Adam West, Amanda Tapping, Hayden Panetierre, James Marsters, James & Oliver Phelps and Stan Lee all welcomed fans by the thousands to a weekend packed with fantastically cool nerdom. 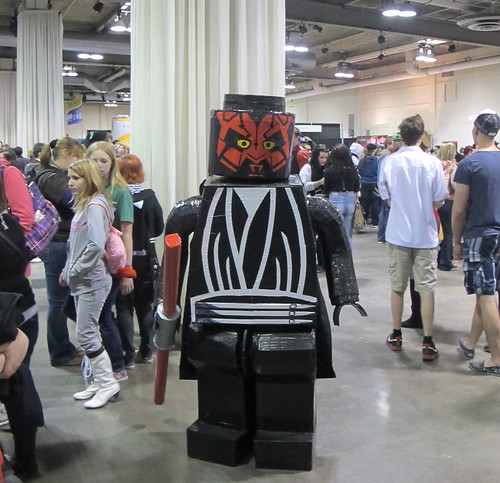 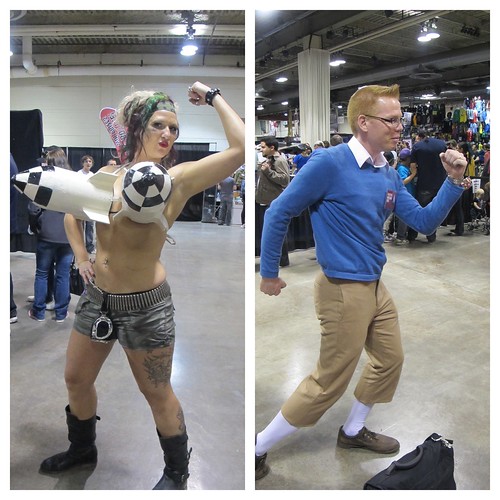 Fans and their costumes are almost as much fun as the celebs. I know I should have gone in costume, so I just told people I was a young Captain Picard.  Darth Maul Lego, Tank Girl and Tin Tin were some of the weekend’s stars. 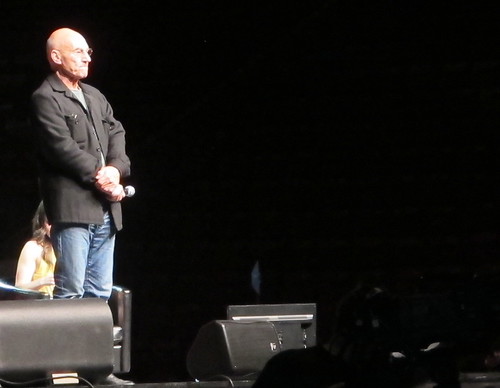 As expected, Patrick Stewart captivated the room with his stories of Star Trek and beyond. 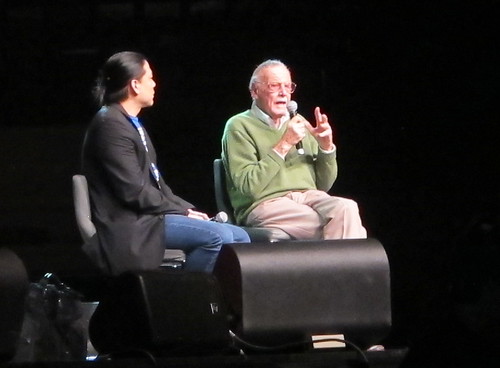 At 89 years old, Stan Lee was easily the most energetic and funny guests of the weekend.  Those who were able to hear him speak were treated to amazing personal stories about how he developed some of the world’s most beloved comics. 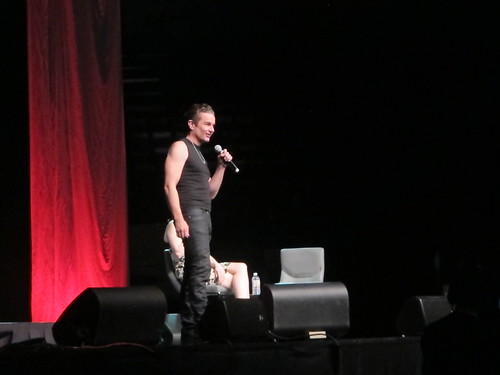 The weekend’s highlight for me was of course James Marsters, who played Spike on Buffy the Vampire Slayer.  He and his extremely tight pants wowed the audiences with tales of Buffy and life after his vampire role. One lucky fan even got a sung Happy Birthday in the voice of Spike.  That would have been amazing!