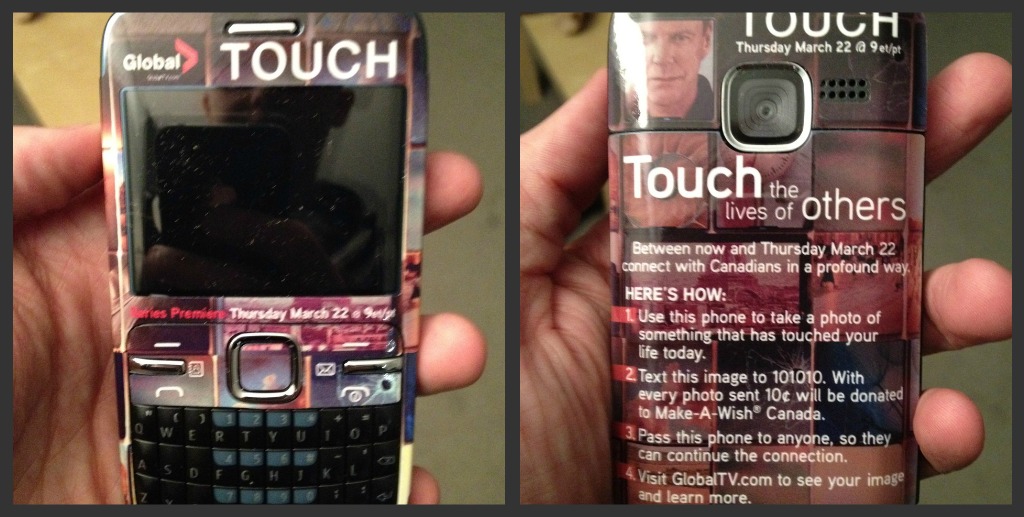 No, not like that.Â  Jeez, get your minds out of the gutter.

Touch is a new show that stars Keifer Sutherland, that premieres on Global on March 22nd.Â  In, what has to be considered one of the most original promotions that’s ever come into my mailbox, I got a special Touch phone.Â  The catch?Â  I had to pass it on to someone else!Â  Talk about a phone tease!

A handful of media all across the country were given these special phones and asked to take a picture of a person, place orÂ thing that has touched my life today and made a difference to me, no matter how big Â or small.Â  Once I took the picture, I sent it to 101010.Â  The photo is then posted on GlobalTV.com.Â Â  The really cool part is that once I’ve taken the picture, I pass the phone on to another person. It can be a roommate, a friend, a “special” friend or even a complete stranger.Â  Really, anyone.Â Â  For each new image uploaded by a different individual, 10 cents will be donated to Make-A- WishÂ® Canada, so it’s important to ensure that the connection continues!

You can see the pics online at GlobalTV.com and browse the photo wall or follow the hashtag #globaltouch on Twitter. 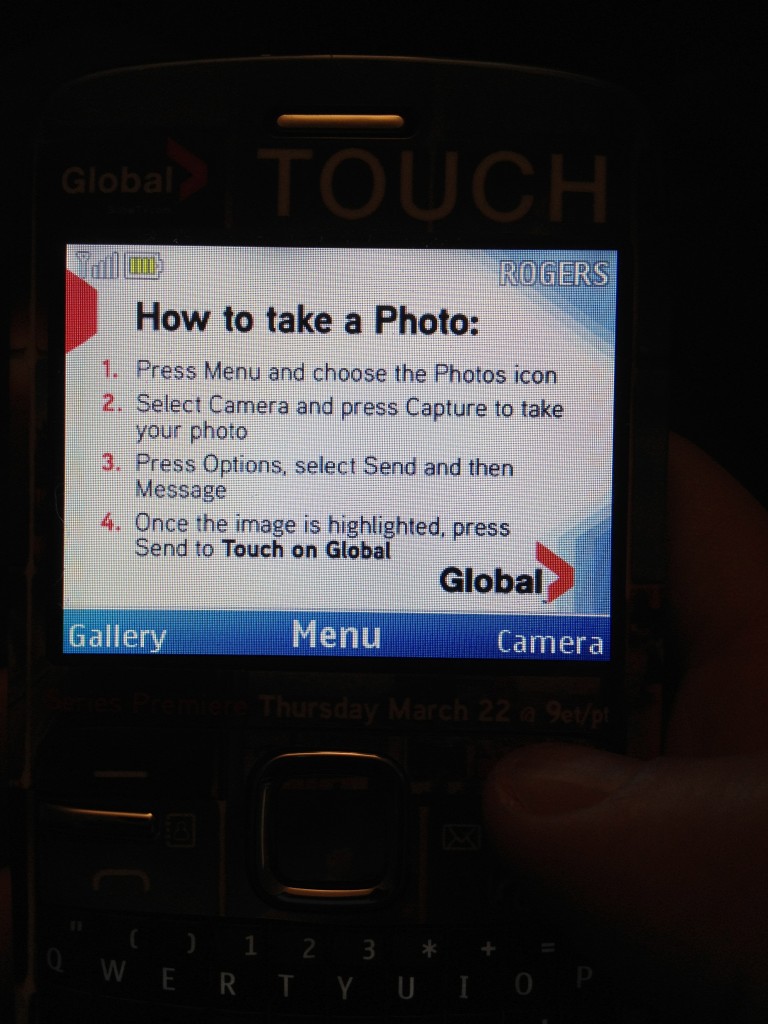 When I’d heard about this campaign, I was confused because if the point was to pass the phone on, doesn’t it mean that the a-hole who doesn’t, gets a free phone?Â  Well, the phone doesn’t come with a charger, so once it’s dead, it’s dead.Â  Also, there’s no calling available on the phone, so yes, you could keep it, but you can only play Snake for so long.

I’m excited to see the photos as they start 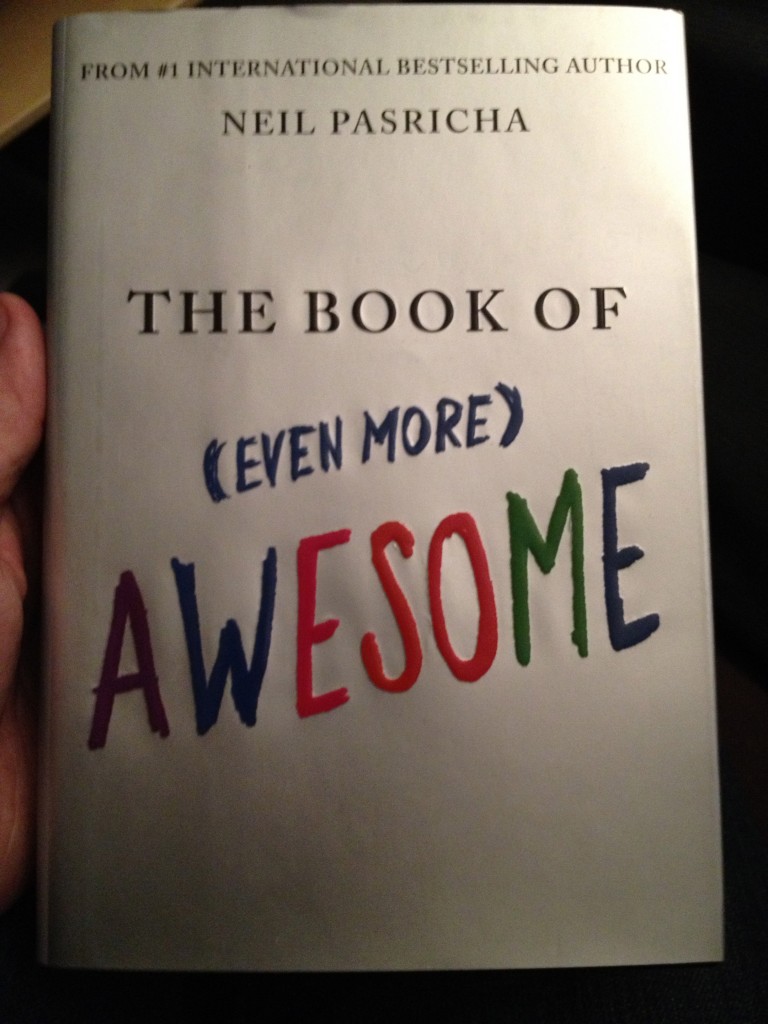 Let me know if you end up with one of the lucky phones!