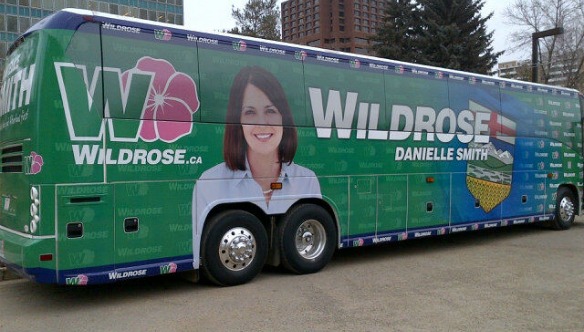 Whether you live in Alberta or not, you may have heard that we are currently in the middle of the biggest provincial election ever. The Conservatives are at risk of losing their 40 year old political dynasty, and extreme right wing conservatives, the Wildrose Party, are poised to take a lot of seats. The Liberals, NDP and The Alberta Party are all making small gains too. So for this week’s Metro column, I wanted to admit something, that basically I have no idea what’s going on. I like politics, but I’ve never seen The West Wing. I like the opportunity for conversation and growth that democracy brings to our country and heated rivalries that develop, even if I hate confrontation so much that I can’t even watch the debates on TV. So I wrote about the excitement of the elections and what we all have to try and understand over the next two weeks, before we head to the polls. I’m not sure what producer Mark Burnett is up to, but he should probably be up here shooting the election, it’s going to be a gooder.

If that isn’t enough election talk for you, earlier in the week, I was on CBC Radio for the Unconventional Panel. Usually the panel talks about fun topics that cause energetic debate and a few laughs, but this week was about the Wildrose Party and their notion of introducing conscience rights to Alberta government. If you don’t what that means, fret not, I didn’t either. In laments terms, conscience rights are about giving those who object to something, the option to opt out. So if I marriage counselor doesn’t support gay or interracial marriage, the doesn’t have to marry them. Same goes for doctors and pharmacists who don’t support the use of birth control. Like I said, it’s pretty heavy stuff.

I did my best to understand both sides, and now you can listen to the panel and let me know what you think!