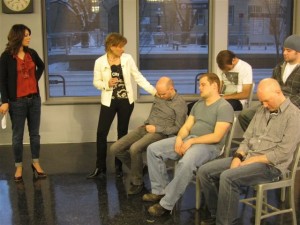 Sometimes I don’t know how I get myself into these situations.

Earlier this morning me and some of the crew from Breakfast Television got hypnotized live on television! The show had local hypnotist Faith Wood come on and put us under. A lot of the crew was nervous but I knew that I didn’t have anything to worry about. 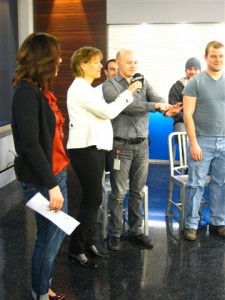 This was actually my second time getting hypnotized.Â  The first being a few years ago at the Calgary Stampede in front of thousands of people.Â  Just like the last time, I remember every minute of being under.Â  It’s sort of hard to explain except to say that it is like living in a world with no, “what ifs.”Â  You really do remember doing everything and sorta feel like you are awake the whole time but you are also feel so relaxed that you really don’t care what is going on. 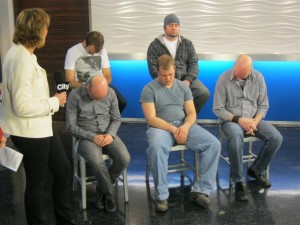 Click here to watch the video.Â Â  If you watch the whole thing, you’ll notice that at the end we don’t really seem like we woke up.Â  I know I definitely didn’t.Â  So when the show went to commercial break, so put us back under for another minute or so and woke us up one time. It was like a hypnotic snooze button.

You’ll have to see the video, to see it for yourself.Â  Now that it is has happened to me twice, I am definitely a believer, at the very least for entertainment value.