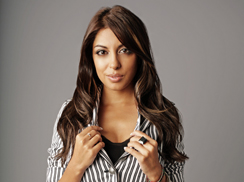 When he met me in the lobby of my condo he had a Fed Ex box with him – odd, but I was so nervous I brushed it off. My favorite hockey team, the Ottawa Senators, were in a crucial game in the playoffs so we decided to go to a sports bar to watch. Throughout the game, my date wouldnâ€™t stop talking! I wanted to watch and he would fill silent moments of concentration at the end of each period with chatter – it was driving me crazy!

He also kept making weird hockey statements that were completely inaccurate. So what do I do? I order some shots! Shots make everything better right? Well pseudo-Matthew Fox didnâ€™t mention that he couldnâ€™t hold his liquor, so a few shots of Jack Daniels later he admits that he doesnâ€™t even like hockey and that his friends told him what to say. TURN OFF.

He opened the mysterious Fed Ex box – and in an attempt to impress me, and because Ottawa was playing, he had his friend ship a Beaver Tail (popular pastry from my hometown of Ottawa). Ya, a little weird, but kinda sweet. Until he tried to make me eat itâ€¦ Out of the boxâ€¦ And it was stale! When I refused, he tore off a piece and put it in my shot of JD telling me if I didnâ€™t eat it, my team would lose. He then pulled out a vile of water, which his friend got from the Rideau Canal in Ottawa and poured it into my shot glass â€“ and whatever was in the vile, was not the cleanest water. Yuck!

He was sweet enough to walk me home. He ended our â€œfantastic dateâ€ by telling me that when he broke up with his ex he realized that he needed to become celibate. And that was the end of that.