All this week, Mikeâ€™s Bloggity Blog will be celebrating Valentineâ€™s Day with a special series called Bloggity Dates. Every day, some of the biggest names in Canadian entertainment will be dropping by to share stories of their best, worst and most embarrassing dates. If I were you, Iâ€™d takeÂ  notes to ensure you have a perfect Valentineâ€™s Day. Just be sure to invite me to the wedding. 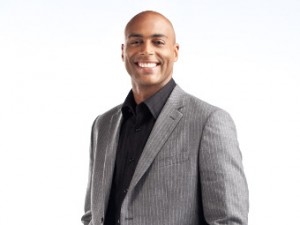 My worst Valentineâ€™s Day date has to be a dinner I had a couple of years ago with a girl I had just started seeing. I think it sticks out in my mind because it was one hundred per cent my fault.

My date and I decided to try a new Malaysian restaurant. I was unfamiliar with its cuisine but one item caught my eye: the traditional wild boar curry. Four of my favourite words assembled in one dish. I hesitated when I noticed its spice rating was a picture of five red chiliesâ€¦ the second-hottest dish only had two. But I love spicy food so when the waiter asked for our orders I announced I would take the traditional boar curry. I was surprised when, instead of complimenting me on my excellent choice, the waiter tried to talk me out of it. He explained it was extremely hot and suggested I try the spicy beef stew instead. But I held firm.

Ten minutes later a man in a chefâ€™s apron emerged from the kitchen. He was apologetic but felt he had to explain in person that the boar curry was only really meant for a specific group of Malays who had grown up eating it. The chilies, he said, were too hot for a Western palate. Iâ€™m sure he meant well but at that point even if Iâ€™d wanted to reconsider, how could I back down in front of my date without losing face? I insisted my worldly palate had been hardened in the kiln of Mexicoâ€™s fieriest habaneros and Indiaâ€™s fiercest vindaloos. It would be the boar curry or nothing.

Jump cut to the next scene: My face turning the colour of a pylon, rivulets of sweat dripping down my back as I tried to force feed myself a second spoonful. It was like licking a jellyfish. I tasted nothing; my taste buds had all been killed on contact. Every bite burned with the heat of a thousand suns. I looked longingly at my dateâ€™s noodles. They looked so deliciously banal. Soâ€¦ safe. I took another spoonful. I felt as though fire ants were crawling over every crevice of my mouth. With little knives taped to their feet.

When my date asked if it was spicy I shrugged nonchalantly. I had actually lost the power of speech some time ago. My tongue, swollen to the size of a welcome mat, kept trying to escape through my nostrils. I was fairly certain my teeth were dissolving.

I tried not to let it show but Iâ€™m sure my date wasnâ€™t fooled. I was sweating so much it looked as though I was crying out of my forehead. Every so often I would casually excuse myself and stumble to the bathroom just to towel off. I shook my head when my date asked me if â€œmy tummy was unhappy.â€ That would only come later.
For most of the meal we sat in silence. She had finished her noodles fairly quickly and my bowl seemed bottomless. After the hour mark I abandoned all pretense and started doing shooters with pitchers of water. I could only glare through shrunken red eyes when the waiter had the cheek to ask me if I would like to take the rest to go. The mango ice cream I ordered to sooth the chemical burns on the inside of my cheeks only succeeded in curdling into an unholy mÃ©lange of dairy and capsaicin in my stomach. When it was finally all over, the waiter cheerfully urged us to come back soon. I swear I could hear laughter coming from the kitchen.

So yeah. Worst date ever.

Kim Brunhuber hosts CBC News Now, weekends from 11 a.m. to 2 p.m. ET on CBC News Network, and The National on CBC’s Main Network.Â  He’s also the author of Kameleon Man.Â  (Is there anything that man can’t do!)