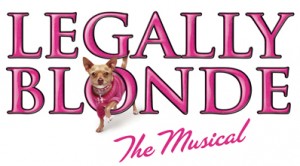 If you ever asked me face to face, I’d never admit to you that I’m excited to see Broadway Across Canada‘s upcoming production of Legally Blonde. BUT as luck would have it, this is a blog, so I’m more than happy to tell you how thrilled I am to see the musical exploits of Elle Woods.

But what fun is it for me to see a musical and then tell you about it?Â  Why don’t you come with me!Â  (Okay, you don’t have to sit with me, but at least say hello!)Â  I’ve got two sets of tickets for the upcoming runs of the show in Calgary AND Edmonton!Â  Two cities. Two winners!

The prize up for grabs if for opening night in Calgary or Edmonton!

If you don’t feel like playing the odds, tickets are still available for both shows. You can catch the Tony-nominated show in in Calgary from February 15th to 20 and then Bruiser moves toÂ  EdmontonÂ  for five more nights (February 22-27).

So how do you win? Easy!

1) Enter once by leaving a comment telling me what city you’d like to see the show in!

2) Get your name in the draw a second time by tweeting: “I want to get Legally Blonde with @mikesbloggity http://ow.ly/3LHhk!”

Boring details:
Contest closes next Wednesday (February 2nd) at midnight!Â  You don’t have to live in either city but you certainly have to get yourself there.