All week long I’ve been celebrating tomorrow’s mildly ballyhooed celebration of this blog’s sixth birthday! To celebrate, I thought it’d be fun to reminisce about some of my favourite moments of Mike’s Bloggity Blog and luckily, because there are more than 3,900 posts, there’s lots to choose from.

Today, I’d like to talk about interviews. I remember the first interview I ever did in my life was long before the blog and it was with a little band called Great Big Sea. Not a bad “get”, eh?Â  Well, it turns out they couldn’t say no to a fifteen year old who didn’t know you were supposed to go through publicists, who instead just tracked them down for his high school newspaper.

That was a long time ago, but it started a trend in my doing interviews that continues to this day: Fascination.Â  I’m seriously so fascinated by those who work in the entertainment industry because you only need to watch one movie about stardom to know how hard it is to achieve any moment of actual success in the entertainment world.

Over the past six years, I’ve been incredibly lucky to interview almost everyone that’s been on my list of dream interviews.Â  It sounds cheesy, but that’s the thing about writing a blog with your name on it, you really only have to interview the people that are interesting to you.

Truth be told, I don’t love doing interviews that much. I’m not really trained in how to do them, so they usually end up just being friendly conversations, because since you should probably be sober when you do interviews, casual is the best way for me to fight through my nervousness.

Looking back at all the interviews I’ve done, there have certainly been a lot of them, here are some of my favourites, in no particular order.

Kelly Ripa.Â
When she came to Banff, which is just a short drive from where I live, the small town was alive with excitement. Every where you went, people were just buzzing with the excitement about having a big NYC show, right there in a small mountain town. When I finally got my chance to sit down with the Emmy winning host, I realized something,Â  she was just as excited to be there as we were. When it was all said and done, I knew I had experienced something special: A conversation with someone who could have totally been awful, but chose, at some point in her life, not to be. She is as genuine and special as they interview would lead you to believe. I’ll never forget it. 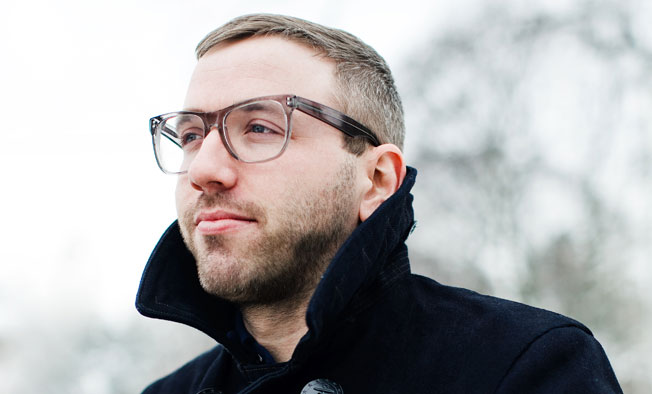 Dallas Green.
The singer behind City and Colour will always hold a special place in Mike’s Bloggity Blog’s heart. (Do blog’s have hearts?Â  Who knows.) He was one of the first big interviews I ever had and my feet still sweat remembering how nervous I was.Â  Like Strombo and Jian Ghomeshi, Green oozes cool. He probably doesn’t think it, but he’s one of those people that just seems to have figured out life. That’s why, when I interviewed him again this past November before a concert in Calgary, I was so caught off guard by the rawness of our most recent encounter. What I thought would be another casual interview, turned into an insightful talk about the search for happiness, challenging yourself as a performer and the need to be with loved ones, no matter how cool or happy people might perceive you to be. It was the first time that I was unsure if I should publish an interview, because I felt that maybe I had caught him at a particularly vulnerable moment, that maybe he hadn’t wanted to relive in an interview. I thought about it for a while and realized that it was good for people to see a more vulnerable Dallas. Even the coolest people are still looking for something.
Click here to read the interview.

Fun fact: Minutes after this interview, I drove across the city and interviewed Hanson in their tour bus. Never before had two interviews been so different. 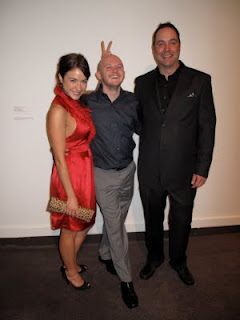 Erin Karpluk
The Being Erica star has always caused me a little bit of inner-turmoil.Â  Over the four seasons of CBC’s cult hit, I interviewed the star four different times. Twice on the actual set of the show and twice in Calgary on promotional tours.Â  Four times is a lot of time with one person. If I was to say, hang out with someone four times, I would likely consider us friends. Which is exactly what my turmoil was all about.Â  Karpluk was so nice, fun and cool that I legitimately wanted to be her friend. We’d laugh about the last time we saw each other, tell quick stories about our families or sigh over eachother’s latest dating flops, it was so hard to leave at the end of each interview because I so desperately wanted to keep spending time with her. Interviews with her were almost the same as time spent at a summer camp. Without sounding like Single White Female, (because we were neither roommates, nor am I a female,) one of the reasons I was most bummed about Being Erica being canceled was that there would be no more promotional tours, no more set visits. Our pretend friendship had come to an end.Â  I keep crossing my fingers that Erin will get a role on Hell on Wheels, which is just filmed down the street from my apartment, but until then, Being Erica on Netflix will have to do the trick. Click here to read one of our interviews. 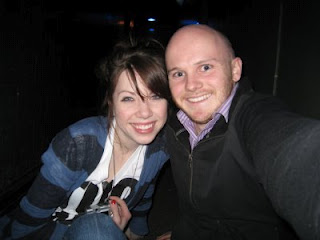 Carly Rae Jepsen
Every since the “Call Me Maybe”‘s singers career exploded thanks to the infectious song, everyone in the Canadian media is reminiscing about the good ol’ days when Carly Rae was just small beans in the Canadian music industry. My oh my, how things have changed. And since everyone else is doing it, I thought I’d too share the fact that I’ve been loving the former Canadian Idol singer ever since she first graced my screen on the singing competition.Â  Since then, I’ve been one of her biggest supporters and I still remember fondly interviewing her in the stairwell of the Warehouse here in Calgary. In fact, during our interview, the manager of the bar came up to us and she we had to move because only talent was allowed backstage. She awkwardly had to explain that was the “talent” and he let us carry.Â  Also, like everyone else, I’m super pumped that Carly’s career has taken off. She definitely deserves it.
Click here to read our first interview.