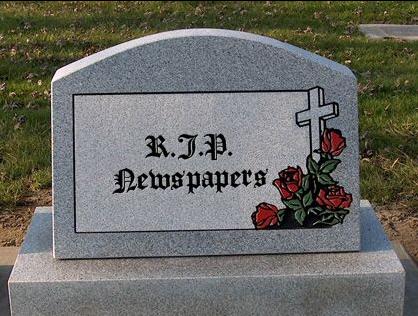 Canadaâ€™s largest daily newspaper chain is giving a lot of staff the summer off, although it’s not the vacation they were looking for.

Postmedia announced today that they are continuing to centralize some of their operations and actually cutting their Sunday publications in Calgary (The Calgary Herald), Ottawa (The Citizen) and Edmonton (The Journal).

Reports are not confirmed, but some say that as many as 20 to 25 people will be let go from different newsrooms across the country.

It was also announced that The National Post is taking the Monday’s off again this summer, this is the fourth year in a row that they’ve done this.

The next few months are proving to be gloomy for Canada’s print media. A few weeks ago, it was announced that Globe and Mail staff were asked if anyone them wanted to take the summer offer, unpaid.Â  There are also plans for the paper to start charging for online content.

What do you think about all these changes?Â  What can newspapers do to save themselves? Also, have you seen this site, it’s called Newspaper Death Watch.Â  Yikes. Talk about depressing.