Itâ€™s hard to believe that Big Brother Canada wrapped up its first season almost a month ago. And while it seems that most people have moved on from the CRAZY finale, it was only a matter of time before the cast starting popping back up online.

Peter Brown, who was one half of The Sheyld allian is returning to his YouTube roots. Â Â If you head over to his page, youâ€™ll see that heâ€™s been reviewing and analyzing his season of Big Brother Canada, the only way that Peter could.Â  Some of the videos are actually interesting because I remember when I was interviewing the evicted house guests, it was weird because I knew way more than they did.Â  So now that the season is done and they are getting a chance to watch the episodes, I bet the interviews would be a lot different now that they know more about the game play!

But if you like your Peter squared, you have to check out the new video he a few days ago with Vancouver-based comedian Peter Chao. Itâ€™s a pretty funny, most geeky video with the two Peterâ€™s comparing the new announcements about the new Xbox 1 and PS4.Â  I seriously have no idea if one of them is more right than the other, Iâ€™m still using my old school Gameboy. But I gotta say, even though I didnâ€™t always love him on BBCan, itâ€™s definitely good to see Peter back on screen again. For better or worse, he does make for good TV, or YouTube videos, rather.

(Oh and for you super fans, I know that both Peters were friends before Big Brother Canada, but for the sake of the headline, let’s pretend they just met, mmmkay?) 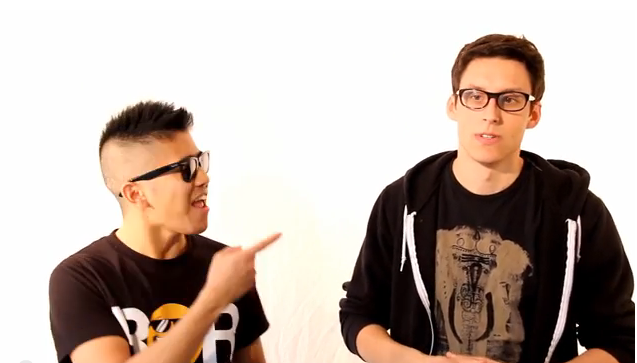