After an absolutely crazy first season and I do mean CRAZY, Big Brother Canada returns next week on March 5th (on Slice) with, what I can only assume will be the second houseguest. Early this morning, the list of houseguest were revealed and here’s what we know so far: 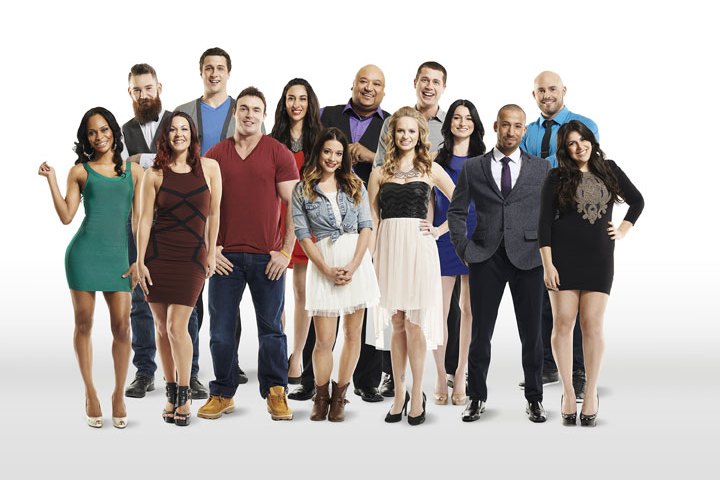 Adel Elseri:Â self-proclaimed spoiled brat from Alberta with a penchant for drama-inducing dilemmas.

Andrew Gordon:Â charming, tri-lingual, MontrÃ©al-born macho man with a travel bug as big as he is.

Anick Gervais:Â small-town Ontario gal who meditates and wants to inspire the world with her spirituality.

Arlie Shaban:Â salesman and Ã¼ber-fan from the Greater Toronto Area who has mastered the art of strategy.

Heather Decksheimer:Â promotional model from Edmonton who is as bubbly as she is blonde.

Ika Wong:Â Jamaica-born bombshell running her own business and living in Thornhill with her two children.

Jon Pardy:Â goofy Newfoundlander and minor league hockey player who is always the life of the â€œpardy.â€

Kyle Shore:Â self-assured Nova Scotian with big biceps and an ego to match.

Neda Kalantar:Â fashion stylist from BC ready to storm the house with her no-holds-barred attitude.

Rachelle Diamond:Â healthy and fit girl-next-door from Alberta earning a degree in psychology.

Sarah Miller:Â mortgage broker and mother of two living in BC with a personality as sweet as it is spicy.

And the final houseguest will remain a surprise until March 5th. I hope it’s not someone from last season, because I love me some Gary Glitter, I think it’s too early to be brining back returning players.

#FINALHG:Â ?Â tune in March 5thÂ to find out.
Check out more photos and full bios of the cast on BigBrotherCanada.ca
So what do you think of the cast so far? Who do you think will be the final houseguest?