We’re only two weeks into Big Brother Canada and the houseguests have already formed more alliances than even they can figure out. Which means, the backstabbing and back-dooring has only just begun. At least, that’s what Calgarian Danielle Alexander found out last night, when she was duped into becoming a pawn, only then to bebome the second House guest sent home.

Just hours after her eviction, I chatted with her from Toronto about the experience, her best friend in the house and what she really thinks about Tom! 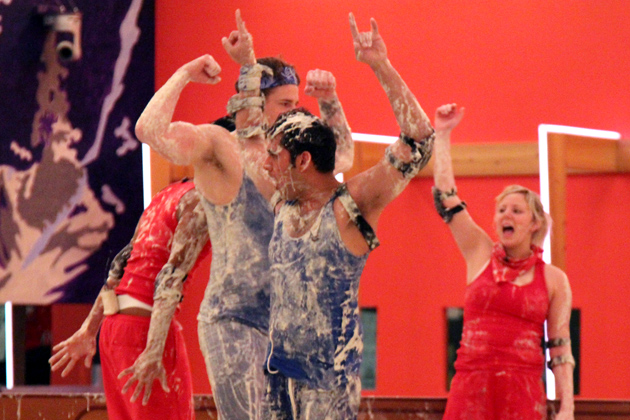 Â So letâ€™s go back a little bit, why did you want to be on Big Brother Canada in the first place?
I wanted to be on the show because I want to be an actress. I heard about the show and it seemed like a great opportunity to get some exposure and try it out and see what happens. I got my wish and it was a great experience.

Â The experience itself, what was it like?
You definitely get used to cameras. The first day is a little bit weird, but you get used to them sooner than you think you would. Except for the fact that when you get out of the shower and want to drop your towel and you suddenly remember that you canâ€™t. When youâ€™re placed in the house and your forced to get along with people, itâ€™s definitely a lot harder than people would think. Thereâ€™s personalities in there that clash. You try to get things going smoothly, but that just doesnâ€™t happen all the time.

Who did you clash with the most?
I guess, I clashed the most with Jillian. I mean, I didnâ€™t think I was, butâ€¦The first week, we didnâ€™t really get along and I sensed that she didnâ€™t really like me. I think she had a little bit of jealousy towards me, anytime I tried to talk to Emmett she would get really territorial. I wasnâ€™t interested in any kind of showmance, I just wanted to be friends with the guy and she stood her ground. I think she jumped at the chance when I offered myself as a pawn, she played her game and got me out.

When you got evicted, you really didnâ€™t say much. Now thatâ€™s itâ€™s been a couple of hours, is there anything that you wished you had said?
I donâ€™t even know if I would do anything different.Â  I might have stood on top of the stairs and told everyoneâ€™s secrets out loud. I was only really close with Gary. My instincts were right, basically the whole entire house went against me. They blatantly lied to my face. You know, Kat knew she was going home and I felt like I deserved the same respect. I know that itâ€™s a competition, so no hard feelings.

What would you say to Gary if you could give him a message?
I know that itâ€™s hard to not have me there, but I want him to channel those feelings, win HoH and throw that glitter all over the place. And if lands in somebodyâ€™s eyeâ€¦whoops!I love that guy and I want him to keep being himself.