Big Brother Canada Exit Interview: “I feel like I was...

When Andrew Monaghan first entered the house, I didn’t know if I would like to see him win the game. I mean, he’s a maritimer, so of course I want him to win, but I don’t think he could do it. But then a strange thing happened, he became more and more likable as the game went on. Sure, he came close to losing it on Tala a few times, but wouldn’t you?Â  That girl that be infuriating on a good day. And up until Gary came back into the house, I couldn’t see a single way that Andrew could lose the game. He was good at challenges, well-liked and not in a showmance.Â  But then, all of that was before Gary was voted back in.

So I’m bummed, probably not as much as he is, that Andrew got sent packing last night, in what will likely be the last big shocker before the first season of Big Brother Canada reaches its finale.

Are you surprised by the houseâ€™s decision?
Yes I feel like I was blindsided by my alliance, specifically Emmett. I trusted him very much. Looking back now, with past evictions maybe I should have woken up and smelled what was cooking.

When do you think the competition shifted gears? Was there a definitive moment or was it a process?
For me the major twist with Gary coming back really threw a wrench in to things. I felt very secure in a final four but having somebody come back especially someone that you got out of the house is very deflating. I may not have known it then but I think I gave up to some point at that time and put all of my trust in the east coast alliance. I should have done more campaigning to potentially create a new alliance with Gary. 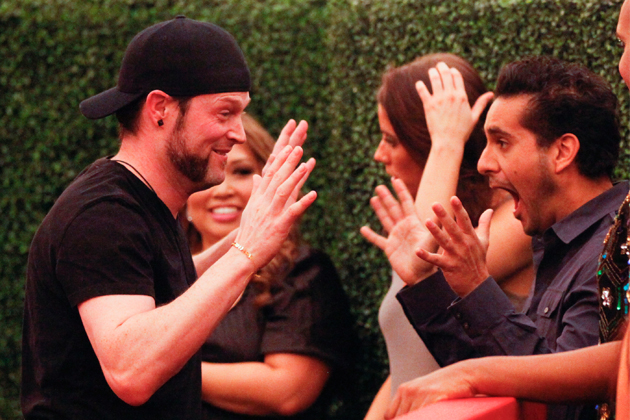 Why did you connect so well with AJ?
I think I connected so well with AJ because I really had no choice but to. Itâ€™s like going to a buffet, being really hungry but there are only a few things left. You have to take what you can get. Iâ€™m kidding of course, obviously AJ was closer in age and we have many things in common to talk about besides the competition. Once I got past him A-jacking every conversation, we were able to have some really great conversations about sports, about life and he would even try to talk about women.

What was your favourite/worst experience/moment in the house?
Best and worst moment was when my twin brother Pete came in to the house. It was amazing to see my best friend in the world after day 59. After such a long time, you donâ€™t realize how much you miss the outside world and your family. Family is very important to me. It was the worst because I could see him but I couldnâ€™t hug him or touch him. A lot of people would have been most excited to meet Dan Gheesling but Iâ€™m not here for the fame or to meet stars, family is whatâ€™s most important to me, they come first.

What did you discover about yourself that you didnâ€™t know prior to being on the show?
I thought going in to the show that I had some patience but I realize now that I have so much more patience than I could have ever imagined. Being in this competition with the type of people that I had to live with for sixty plus days, I had to have the patience of a saint.

I also consider myself to be a very honest and open individual but if I were to use the brutal honesty that I use in my normal life in the series, I would have been evicted immediately. 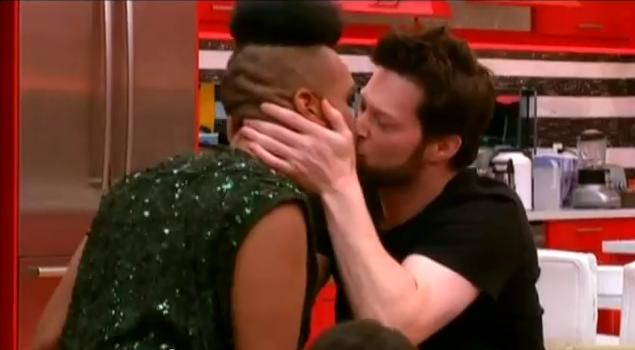 If you can go back to any moment in the house and change your reaction, which moment would that be and why?
The only thing that I would change is this past week. My strategy was to be myself which Iâ€™ve never wavered from. I didnâ€™t want to be a backstabber. If I could change one thing, it would have been to campaign more after the Big Brother Canada Chevrolet Power Shift and not to have put so much trust and faith in my East coast alliance. I should have teamed up with Gary to potentially work with him going forward and to save myself. Itâ€™s always better to have two bullets in the chamber instead of one.

Did you want to remain with the east coast alliance because you felt that it gave you the best chance to make it to the end and win, or was it a matter of wanting to be there with the best competitor and people that you enjoyed?
To be honest, I didnâ€™t really enjoy anybody in the last stages of the game. People have personalities that rub you the wrong way. Emmett and Jillian were constantly kanoodling and kissing. At that point, I had made my bed and had to lie in it. I felt like that was my best chance to make it to the final three because we had a deal to take each to the end. 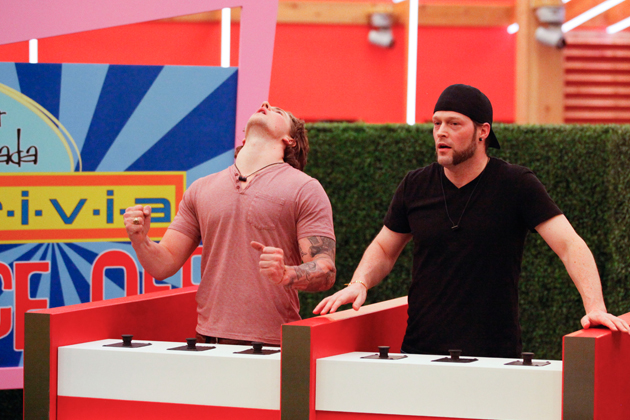 Tell us about the moment you saw your brother Pete walk in to the house.
At that moment in the freeze competition my mind was so focused on the task. Weâ€™d already had a couple of random people come in â€“ a sumo wrestler, cheerleaders. It was very difficult to maintain that freeze position. Then someone walks in and you think hey, thatâ€™s the most gorgeous person Iâ€™ve ever seen. Is that a mirror?

Part of you wants to run up and say â€œHey wait for me letâ€™s get out of here together.â€ I remembered very quickly that Iâ€™m here to play and represent my family. I didnâ€™t know at the time but I was the only one lucky enough to have their family member come in to the house. A small part of me felt bad for the others but Iâ€™m happy that I got to experience that. I love my brother so very much and Iâ€™m not afraid to say it or show it.

Do you have any final thoughts?
Going in to this competition, I knew it would be difficult but you donâ€™t really grasp the massive undertaking of this competition until youâ€™re in that house, you meet those 14 other houseguests and theyâ€™ve locked the door behind you.

I donâ€™t think I understood how much this experience would change my life – from the little things to the big picture. Iâ€™m so fortunate. Iâ€™m one of the very few lucky people who get to say that they were one of the first to be on this show. It was an amazing experience, I gave it my all. I can walk away feeling very proud of how I performed, how I played, the relationships that Iâ€™ve built and the success that I had in the competition.