Big Brother Canada Exit Interview: “He had the potential to...

If I had to criticize one thing about the house guests on the first season of Big Brother Canada, I would say that they don’t make enough big moves. Maybe it’s because they are Canadian and don’t want to hurt anyone’s feelings, but some of the biggest threats have seemingly been coasting through week after week, while the weaker players seemingly get sent home.Â  But everyone now and then the cast surprises. Like when Gary sent Tom home, or Andrew sent Gary to the Jury House.Â  And this week, Jillian finally made a big move when she went back on her word and nominated “The Shield” and consequently sending Alec to the Jury House to live with A.J and Gary.

Are you surprised by the house’s decision?
Alec: I’m not surprised. I knew they all knew I was a competitor to be reckoned with. I was surprised though by Jillian’s decision after she promised Topaz not to put us up. I wish she would have promised that I was going that week, so that I surely would have stayed. Lol. I knew what was going on in the house every week. It was disheartening for me to think about not being able to do anything about Jillian’s decision.

When do you think the competition shifted gears? Was there a definitive moment or was it a process?
Alec: The AJ instant eviction for sure. Voting AJ out instead of Andrew was a mistake. I should have kept him. It was an emotional decision and I knew it was going to cost me. If I kept AJ, I would have skated to final two but with Andrew, it made things exciting. I wanted to see what he would do. 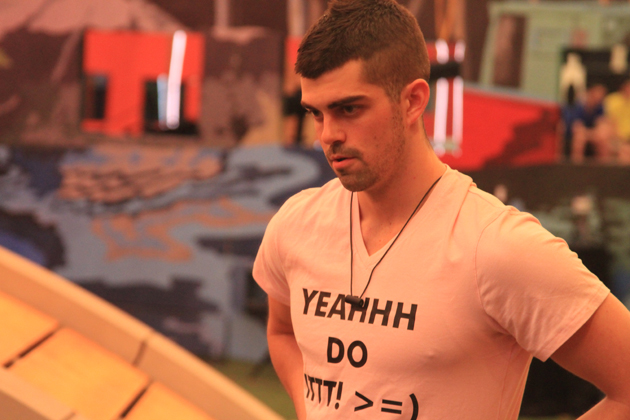 Why did you connect so well with Peter?
Alec: We both love Big Brother and we love talking about the show. There are a lot of people that couldn’t handle the 24 hr scheming but we loved it. We stayed up all night planning and plotting and anticipating outcomes ad nauseum and we truly loved every moment in the house. That was our common bond: the love of the game. In our first conversation, we talked about being fans; what had happened in the day; and how crazy all the other houseguests were. We were looking at it from a fans perspective.

What was your favourite/worst experience/moment in the house?
Alec: Favourite: One night, somewhere around week 5, I realized how much fun I was having. I thought if this was a job, I would do this for a living. I was at the dinner table and I realized I had a good relationship with everyone in the house. I didn’t feel like anyone would vote me out. Inside the house, the game is the world. And if you feel on top of the game, you feel on top of the world.

Worst: Being put on the block against Peter – we always talked about the possibility of that happening. We were going to campaign against each other. But then when it happened, I couldn’t bring myself to doing it. There was an undeserved perception in the house the he was a floater. So if I were to do it though, I would have played that up. But in truth we made every decision together, I was just the louder one. Except in the Diary Room when he almost burst my ear drum.

What did you discover about yourself that you didn’t know prior to being on the show?
Alec: I can handle the game that I’ve been watching my whole life. As a fan, you wonder if you can do it. It came very easily to me and I realized it was incredibly easy to get the people to do what I wanted because fear was motivating them. However, I also always thought I could talk myself out of any situation. In the last week, there was nothing I could do and I tried everything to stay. I should have just napped.

If you can go back to any moment in the house and change your reaction, which moment would that be and why?
Alec: Other than the AJ vote, there’s nothing i would change. I played pretty flawlessly until that point. Ultimately, it was up to Andrew. If he wanted to keep me, he would have. He had the potential to do something big and he just didn’t do it. 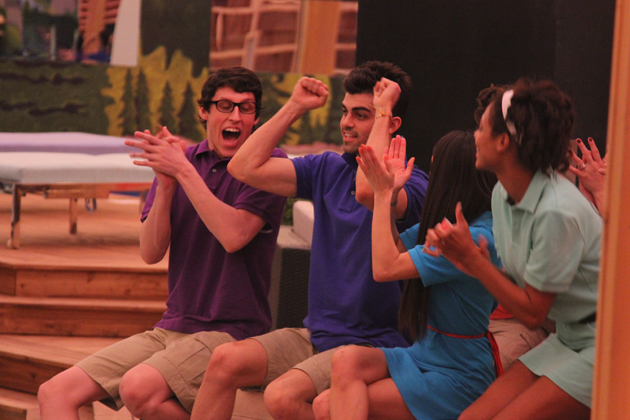 How do you think winning the 10k affected your game?
Alec: One of the big oversights Peter and I made was that we assumed everyone was as strategic but most people in there are just running scared. If one of my allies won, it wouldn’t affect how I aligned myself them. But people in that house aren’t strategic, they’re emotional. They have a “one more week” mentality and they’ll use any excuse to trick themselves into thinking you deserve to go home.

What do you think Dr Will would have said about your game?
Alec: I think he would be disappointed that I came in 7th! I tried not to play like him as much as possible, I tried to do my own thing. He would be a great houseguest to emulate but you have to play to the people in the house. His strategies worked in his seasons but they wouldn’t have worked in mine. I have a tremendous amount of respect for Dr. Will. When Peter told me I reminded him of Dr. Will, that was probably the best moment of my life.

Do you have any final thoughts?
Alec:That was the most incredible experience of my entire life.
If you’re a fan and you live in Vancouver and see me on the street, throw up the Shield sign to say hi!