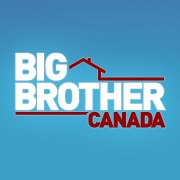 With the absolutely insane current season of Big Brother winding down in the States, producers north of the border are revving up their engines, getting ready for their own cross country casting call to find the houseguests, for the first ever Canadian edition of the show.Casting for Big Brother Canada has been taking place since August 1st, but in-person casting calls will also be taking place all across the country starting on September 23rd. Do you think you’ll go?

Here are the dates you need to know:

Contestants must be at least 19 years old by February 1st to enter.
Casting runs until October 18th.

If you can’t make it to the auditions, no worries, producers are also looking at online video submissions.
Click here for more details about casting.

Big Brother Canada and Big Brother: After Dark will be broadcast on Slice sometime in early 2013. Although some American sites have stated the show will debut on Monday, February 18th. Which is in only 158 days!