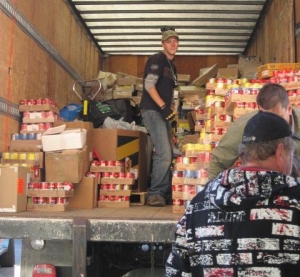 Say what you want about Justin Bieber, the kid and his fans are a phenomenon.Â  I’m not talking about his music, I could care less about his music.Â  And I’m not just saying that because I’m still and always will be a fan of Hanson. That’s right, I said it. Not the Moffats, it is all about Hanson.Â  Face it, we could all use a little more Mmm Bop in our lives. And scene.

For the past couple of weeks, Bieber has been making his way across Canada for his first national tour.Â  With him he brings hype this country has not seen for a very long time. Sorry Belinda, you just can’t compete.Â  It seems that tweens will do ANYTHING to get their hands on Justin and/or tickets.Â  It really is crazy.Â  The local radio stations are also having a great time with it.Â  Here in Calgary, AMP 90.3 held an event called Bieber-palooza.Â  It was essentially hundreds of screaming teens packed into Eau Claire for the entire day clamouring for tickets. 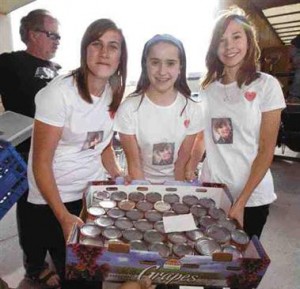 This past week, a radio station decided to take it one step and make Bieber fans work for their tickets and in the end, for their community.Â Â  C95 in Saskatoon started a contest where whoever collected the most food for the Saskatoon Food Bank won front row tickets and backstage passes to meet Justin Bieber. The response was not only amazing, it was almost overwhelming.Â  By the time the contest ended, the food bank had collected more than 21,000 cans of soup!

C95 morning show co-host Ramblin’ Dave Scharf said that the donations amounted to almost ten half-ton trucks full of food!!!Â  Seriously, how amazing is that?
The eventual winner of the tickets was Kayla Findlay who collected more than 2,507 cans!!!Â  As Justin continues his tour across the country, hopefully more radio stations will think about the community and see what a different crazy/obsessed fans can make!
Congrats C95!Â  Good karma is coming your way!
justin bieber