Best and Worst of Celebrity Blogs 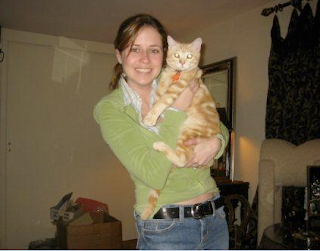 As seen this morning on Breakfast Television, here are some of my favorite and least favorite Celebrity Blogs! Feel free to check them out and let me know what your favorites.

Note: I left blogs that tend to lean one way or another politically off of the list. They make me feel as uncomfortable as public showers or people that like Tiger ice cream.

Jenna Fisher (Pam Beesley on the Office)
I love open Jenna is to letting fans into her everyday life. She also seems completely unaffected and supportive of her friends. I am neither of those.

Paris Hilton*
*This was explained on-air, but basically I respect that even though she is completely ridiculous that she takes time to respond to the gossip that is often written about her. It’s honest and stupid all at the same time.

John Mayer
John Mayer has always perplexed me how he reveals so much of himself to tools like TMZ. But like most celebrities he is just trying to find the balance of celebrity and being a musician, it’s probably not easy, but it’s fun to read about his journey.

Pamela Anderson
“People better be watching the olympics instead of my show.”
I think Pamela is probably the worst example of a Canadian export. It’s frustrating to read about her PETA agenda mixed in with begging people to watch her terrible show and other varieties of selling out.

Rosie
Mostly because I have no idea what it means. I have enough trouble with grammar, I don’t need Rosie screwing that up!