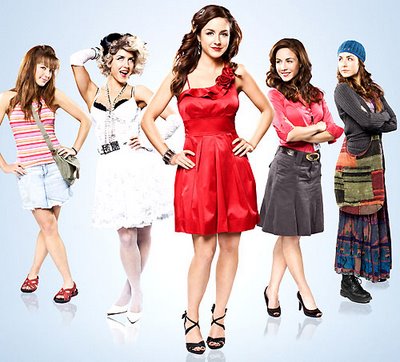 It’s no secret that Being Erica is probably on it’s last legs.Â  While bloggers like myself have done everything they can to promote the show, the ratings just never showed.Â  So as Erin Karpluk wraps up her third season as Erica Strange, it might not be a bad idea to start preparing your goodbyes.

BUT there is some good news.Â  Of course, this news being interpreted as “good” totally depends on the eye of the beholder. According to Variety, ABC is currently developing an American version of Being Erica.Â  The article says that Maggie Friedman (“Eastwick”) will write the U.S. version and exec produce. David Fortier and Ivan Schneeberg, who head up Toronto-based Temple Street Prods., which produces the original series, will also exec produce.

While I’m excited that the show will still see life in some form or another, I think it’s weird that they are re-making a show that already does quite well on American airwaves on SOAPNET.Â  I guess this is what fans of the original ‘The Office’ felt like!

There’s no word on casting but for the execs at ABC, I’m going to let you in on a little secret: Erin Karpluk made Being Erica. You know what to do.Â  (That, or cast in Grey’s Anatomy.)