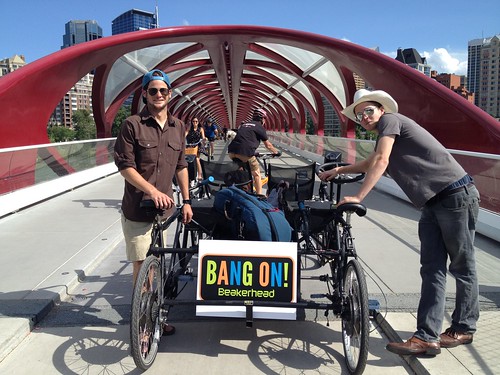 Over the past week, if you’ve been spotting giant monster-like robots around the city, you’re not the only one.Â Â  The first robot to get everyone’s attention was Titanoboa, an 11-metre long battery-powered mechanical snake that was definitely more impressive than it was scary.

It’s all a part of an upcoming festival called Beakerhead. Never heard of it?Â  Either had I. Beakerhead is a movement that will take over the city next year. And if this preview is any indication, Calgary will definitely explode with creativity and technology. I don’t know about you, but there’s something about those two worlds colliding that is extremely intriguing.Â  Beakerhead will bring together the arts and engineering sectors from across the city, province, country and world to build, compete and exhibit interactive works of art, spectacle, and entertainment during an annual week-long international festival happening late 2013.Â  Yes, it’s while away, but I think it’ll be worth the wait. 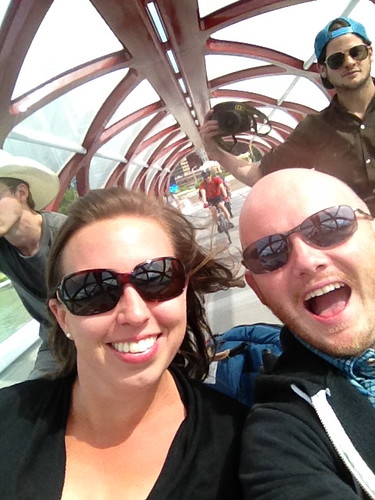 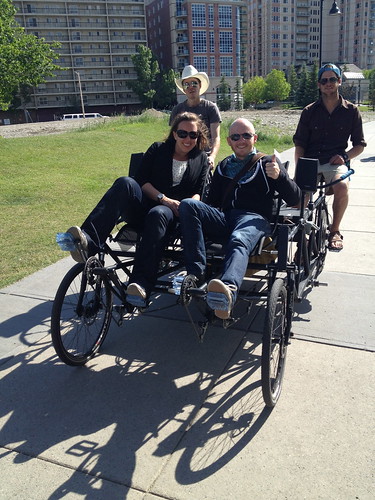 So on my way home yesterday, I got word that two of these machines would be in an area of Calgary called Eau Claire, so I knew I had to check it out.Â Â  The first machine I got to try was called The Black Ghost, which is essentially a four person power generating bike.Â  It had everything you could want from cup holders to outlets.Â  It was quite big, so I don’t know how soon it’ll be until we can see something similar to it on the market, but imagine how cool would it be to bike to your favourite park and then have all the necessities you need to have a really fun and green party.Â  The bike was out of Vancouver and it was actually a pretty easy ride, especially across the Peace Bridge. Needless to say, it certainly confused some onlookers. 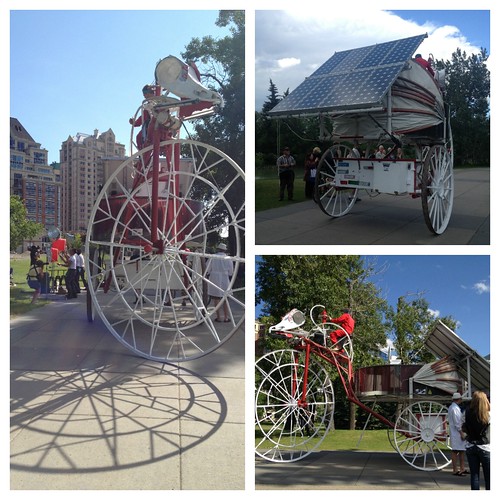 The highlight of the afternoon was definitely watching Daisy capture everyone’s attention. Let me introduce you to her, she is a 4 metre-tall solar powered â€œtricycleâ€.Â Â  A tricycle built for six that is. It’s run by solar power and as people walked or biked by, they couldn’t help but stop and admire the sheer size of the bike.Â  It’s definitely bigger than the one I had when I was a kid. 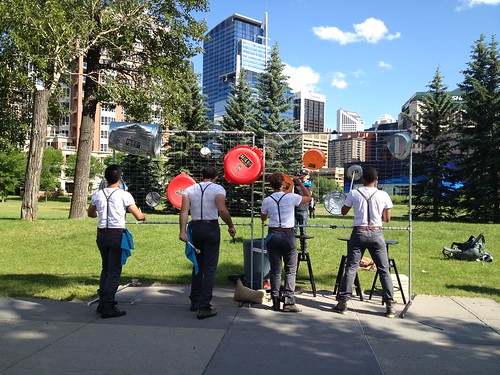 The first Beakerhead will take place in Calgary September 11 â€“ 15, 2013. I have a feeling it’s going to be pretty awesome!