BB8: Taking on the planes 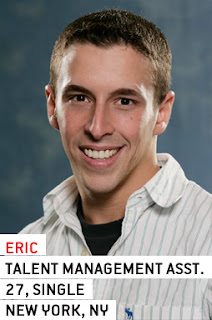 People sometimes ask: Are you a fan of Big Brother? I always respond the same. “No, I”m not, so I don’t know why I follow it?”

Like every season I follow the on different websites and when I can I’ll watch a couple of episodes.

If your not following it, I’ll give you the quick lowdown.
Big Brother is always big on twists. This years twist was two fold. 3 of the people in the house had previously existing relationships with 3 other people in the house. The problem? These people hated eachother and now forced to live in the same house together with the other house guests who were just as suprised. Great idea right? A great way to stir up some controversy! Wrong? It turned into a producers nightmare when two people who were in these conflicts were voted out the first two weeks of the show.

Luckily those producers had something else to stir up the pot. America’s Player Eric. Eric is basically at American will. He does whatever the people vote for him to do. Whether it is to get people nominated, voted out of the house or even deciding whose pillow he should put mustard on.

Another fun way to stir up the pot since the other houseguests don’t know that he is actually the 2nd twist in the show.

Another great concept right? Wrong again, because earlier this week someone flew a banner plane over the big brother house basically outing Eric as a liar.

The house immediatly turned on him.

My point is this. If/When I get on a reality show I do not want to be the twist or the secret. Eric loves reality tv and essentially got screwed the second they made him America’s Player. He has to lie all day long. And now thanks to the banner plane his lies has been exposed and ….DON”T READ IF YOU ARE GOING TO WATCH BIG BROTHER TONIGHT……..now because of these secrets and lies he has been the backdoor nomination. Luckily it seems the house has turned against the all powerful Dick/Daniele (father/daughter) and it will be D.O.A Kail that will be going home. So Eric should be lucky.

Basically I just wanted to say to any producer who might be reading this, I still want to be on your show, just don’t mess up my game because I already have my strategies on how I”m going to win Amazing Race, Survivor and Big Brother.