Battle of The Blades: Cast Announced! 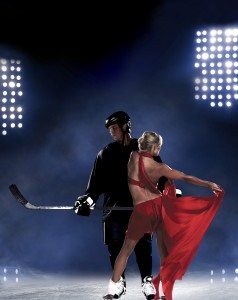 We’ve never really had much success in the reality show department.Â  Mostly because for some reason no one seems to be interested in doing a Canadian edition of Survivor or The Amazing Race and subsequently cast me in said shows.

But one show that debuted last year and killed in the ratings was CBC’s Battle of The Blades.Â  Since it was such a hit, it was obvious that CBC would bring it back for a second season.Â  In case you’ve never seen the show, it is basically Dancing with the Stars but with former NHLers and championship figure skaters battling for the top prize, which I can only assume is a sparkly hockey puck.

The cast for the real-life Cutting Edge was just announced and I would make a comment about not knowing anyone, but I’m guessing the small, bald Canadian blogger is in the minority.

This year’s hockey players are:

And this season’s figure skaters include:

battle of the blades, CBC