Banff TV Awards kick off with a shocker! 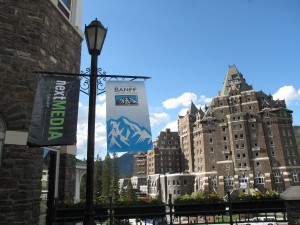 Banff is usually a quiet city filled with Japanese tourists, elk and really yummy food. Â And this week is going to be no different, expect that they’ll be joined by Ricky Gervais, Eric McCormack and William Shatner.

The Banff World Television Festival and Next Media Conference kicked off today in Banff and I cannot imagine a more beautiful place to be surrounded by people who love TV and media! Â Let’s face it, we don’t get out much, so to be forced to spend a week in the mountains is okay by me!

But first: A Banff World Television Awards Crash Course: The nominees are chosen from 900 entries from more than 43 countries, the awards are also known as the â€œRockiesâ€. All the nominees were announced earlier this year at the MIPTV broadcast and digital media conference in Cannes, France. 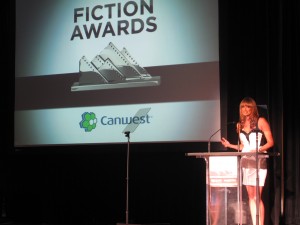 There will be lots of things to talk about all week, but Sunday was all about the Fiction category awards. Â The show was hosted by ET Canada’s Kim D’Eon (whaddup fellow maritimer!) and remarkably they were able to Â hand out 13 awards in just over an hour! That included thank you speeches! It was a true and blessed miracle in time management.

You can check out the list of the winners below, but the show did have big shocker. Â The HBO drama In Treatment picked up the Continuing Series & Serial Programs award which it probably deserves. Â The problem? Â It was never nominated. Â They didn’t really explain it, but it sounds like the Jury that decided the winners of each of the awards, overruled the nominees! Â It was a hilarious thing to experience.