Backstage and on air for Shaw’s election night coverage!

Depending on where you live, you may have heard that Calgary had a big ol’ election this past Monday.  After months of writing columns about voting, school board trustees and secret videos, it sometimes felt like election day would never come. But, luckily for everyone…it did.

As with three years ago, I joined the fantastic team at Shaw and helped provide 3.5 hours of non-stop, commercial free  coverage until (most) of the results were in.   For the viewer, of course commercial-free is crucial for getting up to the minute results, but if you’re on air, it causes a few other problems.

This show as was by host, Erin Strate, with myself and MRU professor Keith Brownsey providing commentary all night long.  The rest of the Shaw team was providing in-studio results and were also scattered throughout the city getting updates from the candidates.  It was really an amazing thing to watch and be a part of.  I don’t get to do a lot of live TV, especially for that amount of time, so it was definitely a thrill.   But it wasn’t just us that was having fun.  I kept asking viewers to send in photos of their viewing parties and they sent in some good ones.

This photo was sent from the Nenshi party, but I can’t for the life of me remember who sent it, if it was you, thank you!

Here are some of my shots from backstage: 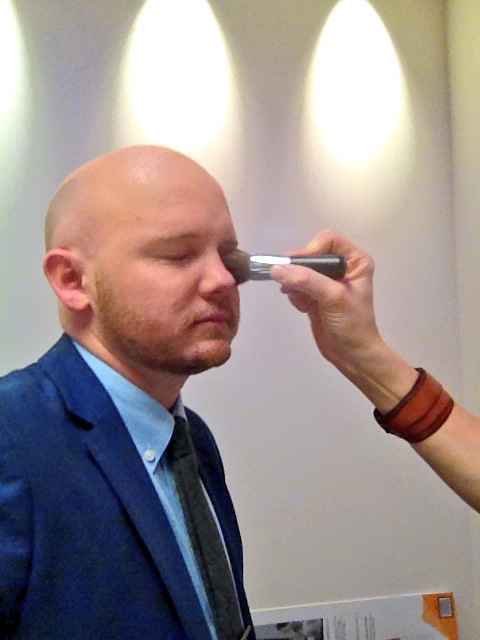 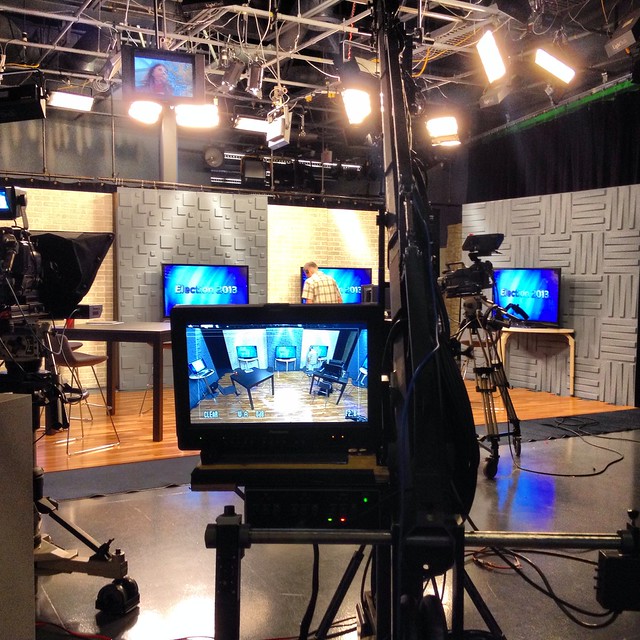 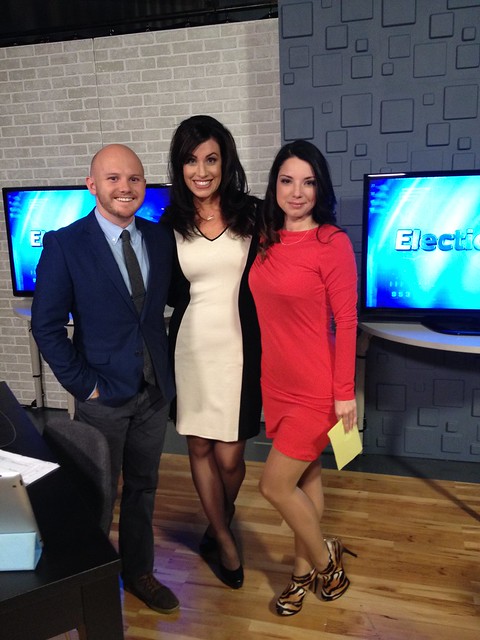 Just being going to air. We look so fresh! 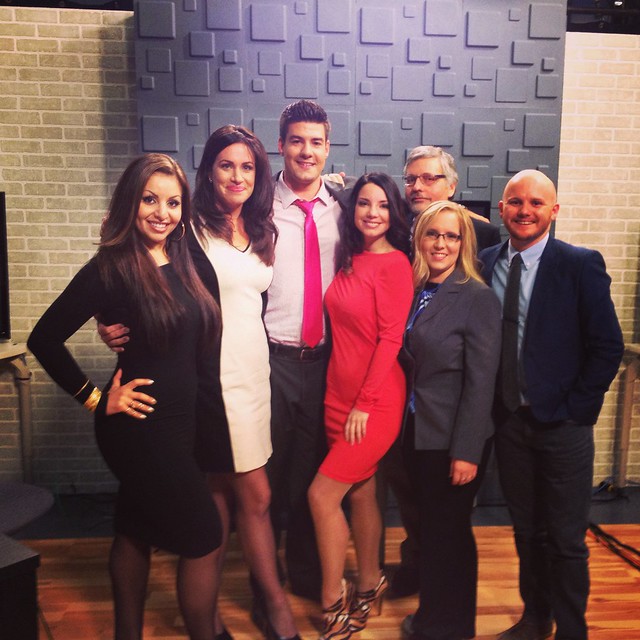 Just some of the huge team that put the show together!