Are we finally done with Jian?

Are we done? Is he gone?

Sure looks that way. Just over a month after being fired by CBC, it looks like we’re actually done with Jian Ghomeshi. At least for now.

I’m not sure when it happened, but Jian’s Facebook page and his infamous post is now gone. Luckily, the internet forgets anything. How sad does this post look now: 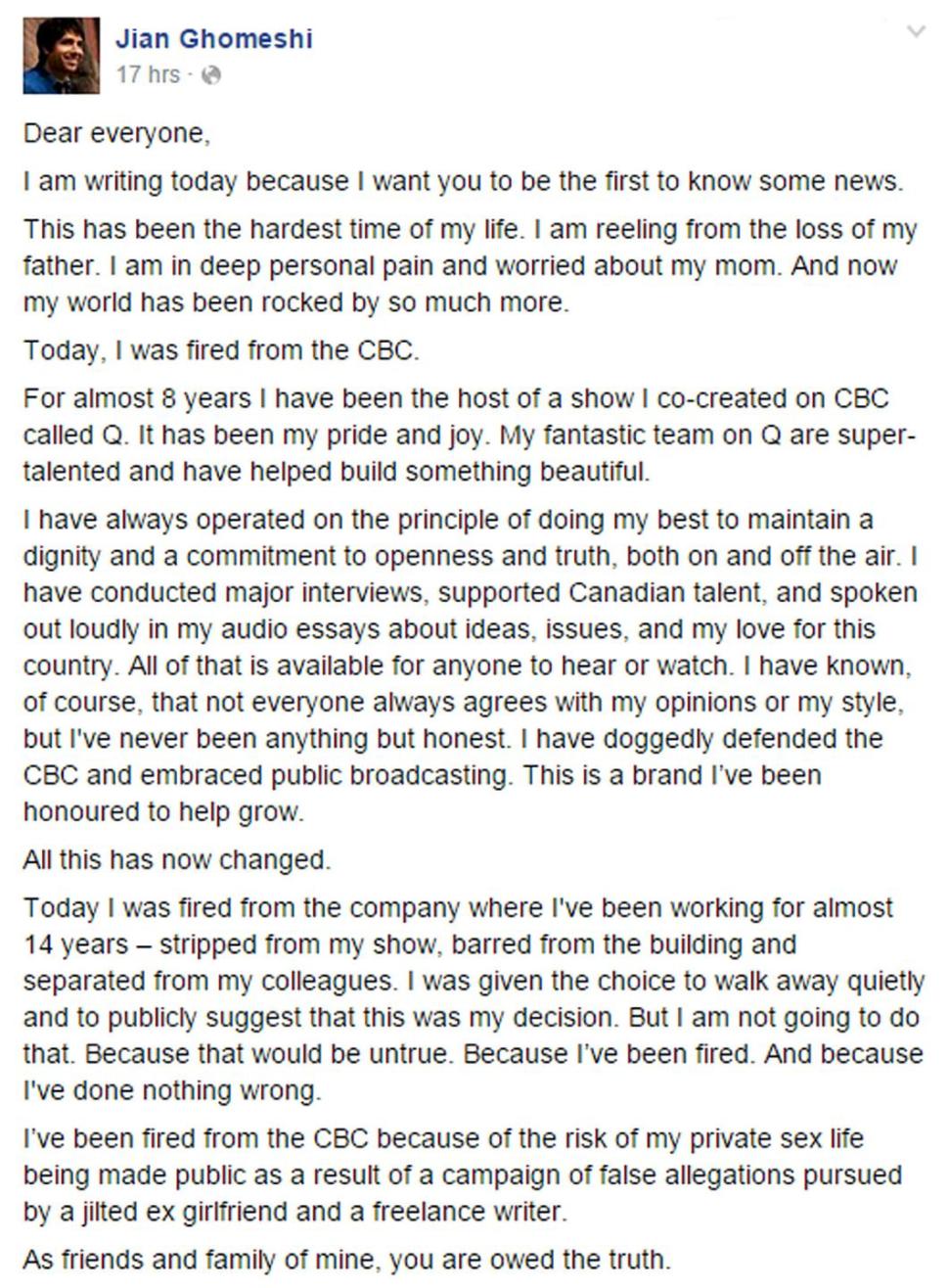 Today came news that his lawsuit against the CBC has been withdrawn and has been ordered by the courts to pay $18,000 legal fees. Roughly the salary of a CBC employee.

I honestly have no idea. I can’t think of a time when a Canadian went through something like this. Does he recover? Can he recover? I’ve said it before, but if this was another country, maybe below the 49th parralell Jian would likely end up on another network for a short-lived series. But in Canada? I don’t know if can come back, especially since he still has acknowledged the abuse, let alone apologized for it.

So what’s next? Man, I wish I knew! I’m so fascinated to see what the next few years looks for Jian. Has there ever been a bigger fall from grace? Is there any way you’d forgive him? Big questions and likely fewer answers still to come.