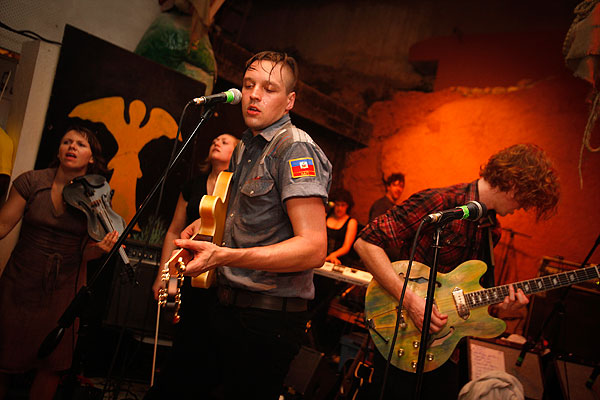 Could Arcade Fire be any cooler?

Not only did they kill at the grammys and then come north to the Junos and snatch up a ton of awards, the next day the band flew down to Haiti and did a surprise concert!

The concert took place Monday night at the Hotel Oloffson under the billing “Grand Return of the World Famous Band from Canada.”  According to Rolling Stone, the band played a 45-minute set that included a mix of covers (Who’ll Stop the Rain?) and originals (Keep the Car Running.)

Seriously!  Now I feel like such an ass for complaining about being tired on Monday.  How do they do it?

Rolling Stone has a ton more photos and details about the concert.