Arcade Fire is back! 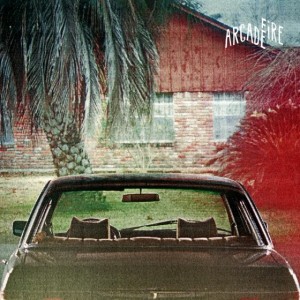 Arcade Fire is finally released their latest album Suburbs. Their last album Neon Bible was released all the way back in 2007.

So far the reviews for the new disc has been mixed:

“Unfortunately, the molasses-thick production and maximalist arrangements create a sprawl of their own.” NY Daily News

“The Suburbs is a long album, at just over an hour, and lean as it may be, if there were fat to trim, it would be found in this mid-section.” National Post

“The band certainly aims for transcendence on “The Suburbs” — a work of impressively fervent majesty, even if nothing here moves them forward substantially from their enthralling 2004 debut, “Funeral,” and darker 2007 follow-up, “Neon Bible.” CNN

To celebrate Suburbs, Arcade Fire will be playing a live concert at Madison Square Gardens on August 5th. Â Fans from around the world will be able to watch it live on YouTube.