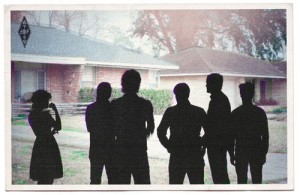 Montreal’s Arcade Fire has a LOT to celebrate this week. Their newest album currently sits on the record charts both in Canada and the United States. Here in Canada the band sold 31,000 copies of The Suburbs to nap the top spot and they also grabbed their first American #1 by selling more than 156,000 copies of the disc!

How much is a ton a money divided by seven?
Have you picked up The Suburbs yet? If so, what do you think?