Another night, another concert. Look at me! 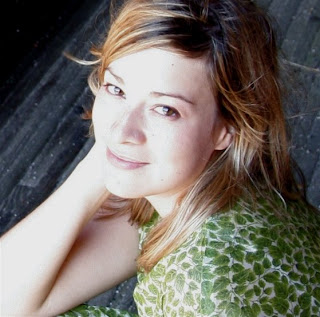 tonight I did something weird. I didn’t watch American Idol and I actually watch two talented performers instead. This, of course, was made possible by Tivo. Thanks Tivo. And see ya Chikezie. Looks like winning American Idol wasn’t so Ezy (see what I did there).

Here are the details on the Jill Barber and her brother Matthew’s concert (also available on The Q):

Itâ€™s only a couple of days until the start of the Junoâ€™s. Maybe youâ€™ve heard of them. Small musical awards show? Taking over our city?

Well in anticipation of the big night and in conjunction with my newly discovered love of all things in regards to actually talented Canadian singers, a friend and I decided to check out the Sibling Rivalry tour featuring the brother and sister duo of Matthew and Jill Barber at Quinceyâ€™s.

Before they even hit the stage I was already jealous of these two folk/rock/indie pop artists. It had nothing to do with the Barber family personally, Iâ€™m just naturally jealous of people that get to tour the world doing what they love. But, to be honest, a little part of me was envious that these siblings were able to spend a whole tour together without the presence of Dr. Phil or his camera crew. My family canâ€™t even make it through a Sears family portrait session. Maybe we should sing more?

But personal issues aside this was a really great concert to sit back and enjoy. Both artistâ€™s music is easy to listen to even though they have distinctly different voices. Perhaps some of the nights most memorable highlights were when they shared the stage together and made some beautiful musicâ€¦.but not in that incestuous way. That would be weird.

Spending two and half hours listening to both Matthew and Jill sing songs pretty much made for those final montages of teen angsty shows left me with many questions. Questions like: Why does Chad Michael Murray have a career? Why didnâ€™t Felicity ever catch on after she cut her hair? If hair really matters, does that mean people are just being nice to me? Oh there is a guy with nice hair, oh itâ€™s The Qâ€™s Colin. Colin! Colin! Itâ€™s me Michael! Colin! Thatâ€™s weird. He looked right at me. Why is that on TV shows people always leave towns on buses? Who uses buses anymore?

While I greatly enjoyed the show, Iâ€™ll be honest when I say it isnâ€™t for everyone. Listening to a whole nights worth of love songs can be hard thing. Especially if you have just suffered a breakup, maybe you are contemplating one? I would definitely not recommend the show for people who hate public signs of affection. Because by the end of the night I felt like I was on the set of Boogie Nights, only replace sex with cuddling and back rubbing. It was awkwardâ€¦.for my friend.

If you werenâ€™t able to make it to the show tonight. Donâ€™t worry, theyâ€™ll be back next week celebrating Jillâ€™s 2 Juno Nominations. Theyâ€™ll also be performing on Friday night at Cantos. They are certainly worth staying up for their 12am showtime. If anything their music will ensure a wonderful nightâ€™s sleep. Just make sure you arenâ€™t alone.

—On a professional note to the staff of Quinceyâ€™s. There is this wonderful thing called an â€œindoor voiceâ€ or a â€œwhisperâ€. Itâ€™s really cool cause sometimes people use it when they want to talk but they donâ€™t want to come off as rude or ignorant during such things are movies or nice relaxing concerts. If you could look into learning how to use them that would be great.