Another CBC show heads down south! 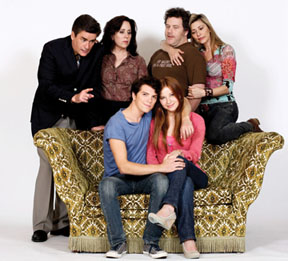 Another day, another Canadian show making it big in the states.

Struggling network, The CW just announced that starting in a couple of weeks, they will be airing episodes of CBC’s 18-to-life. The show, which is currently filming its second season in Montreal, premiered earlier this year in Canada to so-so numbers.

18-to-Life stars Stacey Farber from Degrassi and Michael Seater from Life with Derek as a pair of teens who decide to get married. Â That’s right, this will now be the third Degrassi alum to star on a CW show. Shanae Grimes (90201) and Nina Dobrev (Vampire Diaries) both walked the halls of Canada’s most famous high school before moving south.

To read my interview with Stacey Farber, click here.