Another Canadian show flops in the States! 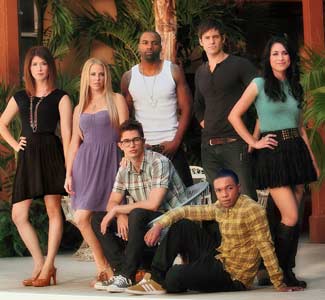 If a Canadian show premieres on network television in the States and no one watches, how bad is it?Â  Actually, the show’s not bad, but the ratings definitely were.

The CTV/Much co-production of The L.A Complex made it’s debut on The CW last night to record ratings, unfortunately, it got the record that no one wants.Â Â  With only 650,000 viewers, the Toronto/LA shot show now has the dubious distinction of being the lowest-rated in-season broadcast drama debut…on record.Â  That’s fancy talk for: No show has debuted on the network television to lower ratings since they started tracking records.Â  That is bad, bad sign.

The ratings disaster is quite a surprise, given the fact the American media were actually very positive about the show and it was given the slot of the very similar 90210, so I would have thought the audiences would have stuck around to see the show, that “looks” anything but Canadian. The TV Addict was quick to suggest that the “ratings aren’t a reflection on the show’s quality, but rather the CW’s lack of willingness to spend money on marketing.”

This is the second Canadian show that has been picked up by The CW only to not find viewers down south.Â  CBC’s 18-to-Life lasted only two episodes on The CW before it was canceled due to low ratings.

Fans of ratings will remember that the show didn’t garner great ratings here in Canada, but when the CW announced that they would air the first season, Muchmusic announced an additional thirteen episodes for the series.Â  Now that the CW is likely to dump the show pretty quickly, the decision to add more episodes to the first season, might be an expensive one.