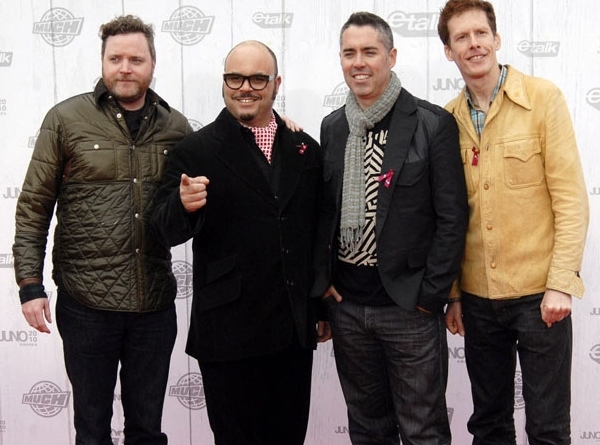 They wrote the theme for The Big Bang Theory and that seems to be working out well for them, now Barenaked Ladies are Broadway bound!

Universal announced that the Toronto band are going to be writing the music for a musical based the 1978 film National Lampoonâ€™s Animal House. The gross-out comedy made John Belushi a star and now producers are hoping for packed “houses” to see the comedy classic on a Broadway stage!

Ed, Jim, Kevin and TylerÂ  won’t be doing it alone.Â  The show will be directed by Casey Nicholaw, who’s looking to duplicate the success of his previous shows like The Book of Mormon and Spamalot.

The movie has long stood has one of the funniest movies ever made and grossed more than $141 million when it was released more than three decades ago.Â There’s no word on when production Animal House: The Musical will begin, but I’m definitely excited to see who will be in the cast!